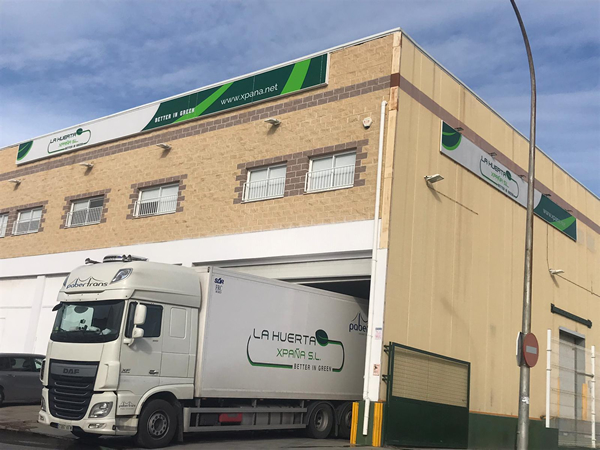 The Spanish region of Motril is best known for its cucumber cultivation. Yet, there's also open ground vegetable farming, albeit on a smaller scale. Motril's largest open ground cultivation company is run by Maicel Kluijtmans, John Groen, and Pater Broersen of Veggieland. These three are all from the Netherlands. The business was initially part of the Dutch vegetable processor, Heemskerk. In 2016, it became the independent company, La Huerta. It supplies Spanish open ground products to Dutch retailers and vegetable processors. 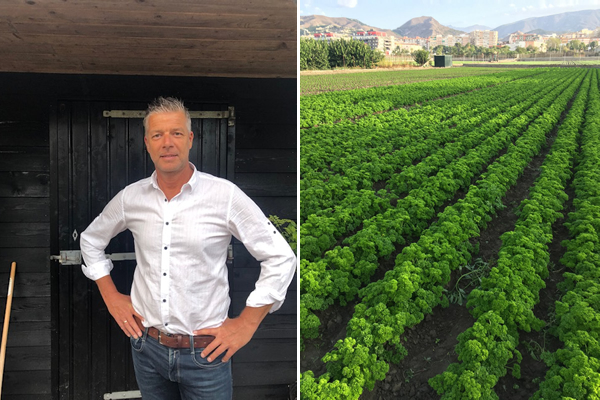 "Our top product group is spinach. It's followed by endive, kale, pointed cabbage, celery, and curly parsley. These are all grown within a 25km radius. Last year we had 225 hectares in production on a total area of 140 hectares. That includes double cultivation," says John. He's responsible for La Huerta's commerce.

John commutes between Spain and the Netherlands. His colleague, Maicel, is the general director and lives in Motril. Pater Broersen and Veggieland ensure year-round production. This Spanish company employs about 80 people. Of these, half work on an on-call basis. A core of 25 people makes up the permanent staff. 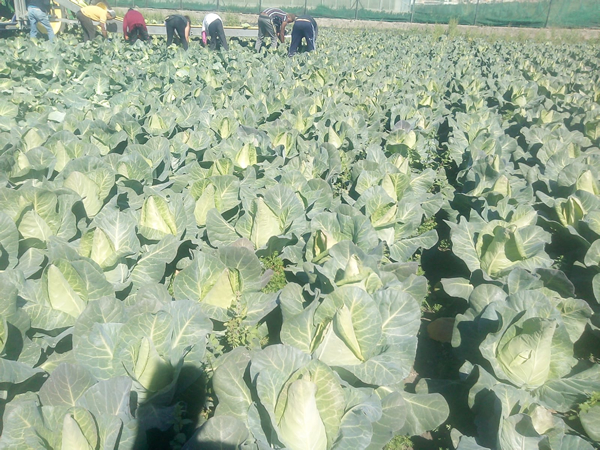 Spinach is the biggest grower
"Spinach has been our biggest grower in recent years. In contrast, endive's getting less popular. We have expanded our cabbage varieties a lot recently. Pointed cabbage has grown in popularity over the last ten years. Kale's also a keeper. We supply this purely as a supplement to the Dutch cultivation season. We grow everything ourselves and don't buy-in products from anywhere else. The only exception is imported Moroccan string beans." 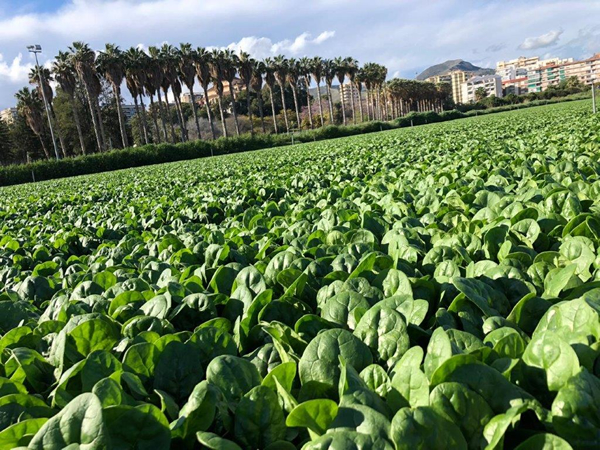 And then to think - La Huerta Xpaña was established in 2003 to grow Radicchio Rosso. "We deliberately settled in Motril because there was no-one else here yet. We saw great opportunities for open ground vegetable cultivation. That was thanks to the tropical climate. The Radicchio farming never got off the ground. That was due to cultivation issues. However, the 'Costa Tropical' micro-climate is perfect for growing other vegetables. We then continued with endives and gradually added celery. The assortment then expanded," says John. 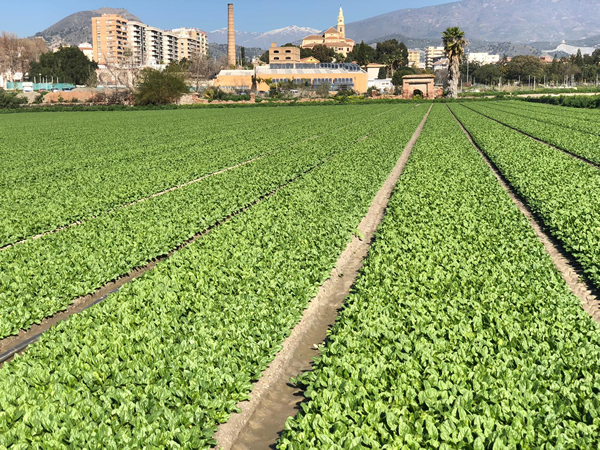 Vegetable garden
La Huerta is, for good reason, Spanish for vegetable garden. "When you arrive in the area, as a rookie, you quickly notice the small scale of the open ground vegetable farms. It's completely different from, say, a cultivation area like Murcia. Our advantage is that we can truly distinguish ourselves in this region. Many clients don't just want a spread of production countries. They want that spread in Spain too. That's why clients like doing business with us. They also like dealing with Dutchmen. We are, however, 200 to 300km further away, so our transportation costs are a little higher." 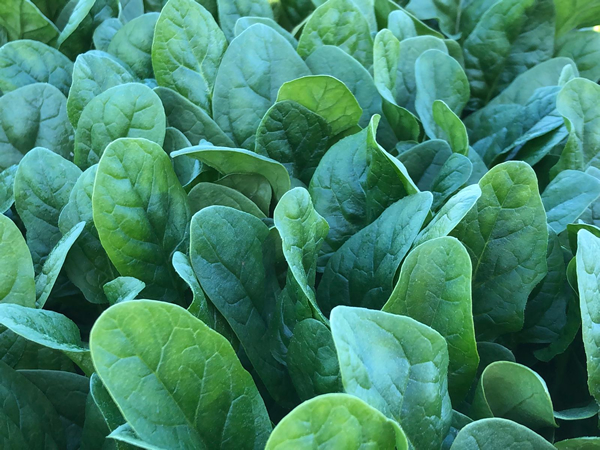 "We have an advantage in this area. We get ample water from the Sierra Nevada. We, therefore, don't have a problem with drought. Spain has had a lot of issues with weather extremes in the last year. But, we seem to have avoided that reasonably well this year. But, of course, nothing's guaranteed and crops sometimes drown here too. This area's limitation is that we can't simply expand our farms. There isn't enough suitable arable land for that. We also get more competition from products like mangos and avocados in this region," explains John. 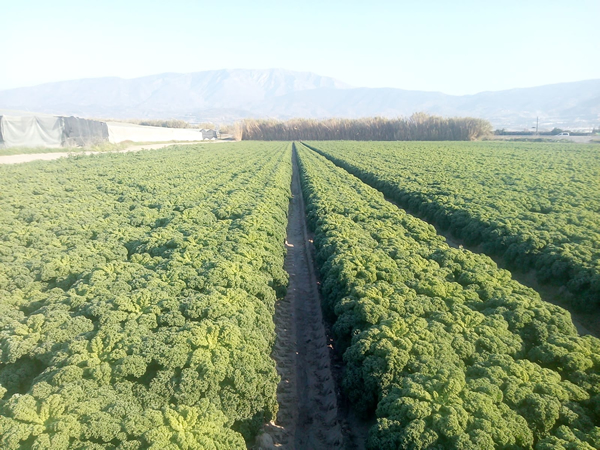 Available land
"Our biggest challenge is then if we'll have access to enough suitable land in five years. We currently rent mostly based on multi-year contracts. The question is whether we'll keep finding land, especially with the increasing urbanization and tourism. open ground vegetable farming must be profitable. Project developers are buying a lot of land. The whole corona crisis halted this. It hit Spain considerably harder than the Netherlands. In that sense, it could be good for us. But, it can also benefit getting good, motivated people involved in the coming years." 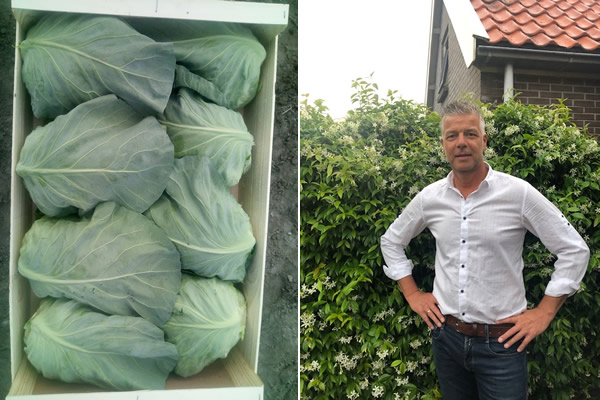 Things are currently quiet at La Huerta. "Our peak time is between 1 November and 1 June. From June to August, we don't have a single product available. That might not be ideal from a business perspective. But, for the organization, it's nice to take a breather for a few months. That's not to say we do nothing. We import string beans throughout the year. We also use that time to prepare our plots. We can then get off to a good start in September. Also, we, along with Veggieland, can supply clients' demands year-round," concludes John.