European garlic might have been damaged by the weather

"We have worked pretty well with garlic so far, and now the whole of Europe is waiting for the produce to become available to check on quality after the intermittent rain of the past few weeks," explains Antonio Tuccillo, administrator of Agrimpex Farming.

Harvesting operations in southern Italy ran smoothly. The result was acceptable and most quantities were sold as fresh or semi-processed produce in traditional local markets. "Late productions are still being harvested and operations will end over the next two weeks."

The early produce has almost entirely been sold and now we are waiting for the traditional late produce both in Veneto (Rovigo) and Emilia Romagna (Piacenza), with the hope that there will be no weather problems. 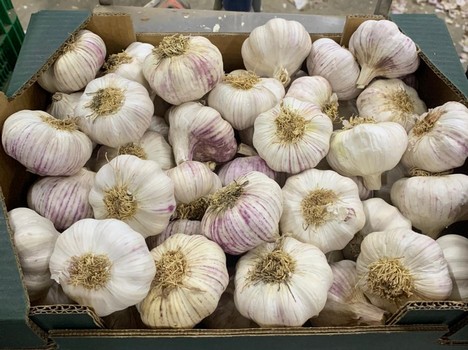 "Volumes in France are in line with the past few campaigns. In Spain, quality in the Cordoba area is good, but around 20% of the produce was damaged by the rain and medium-low temperatures, plus the damage in the main production area, La Mancha, is still being assessed, though it is estimated that the losses could reach 50%.

Spain is the leading European producer and exports its production to practically every continent.

According to Tucilli, initial sales have been very lively with high prices. "Then they dropped but now, considering the lower volumes from La Mancha region, quotations are picking up. Producers/traders are hesitant to commercialize the produce as they want to assess the damage and, most of all, safeguard the quality of the produce that is currently drying."

"Anyway, we hope that most of the Morado garlic will be of a good quality and that there are no more problems when it comes to quality or quantities."

In China, quality is good with satisfactory yields - around 20% more than in the past campaign. "Prices are much lower than last year, which could affect the international market although containment measures are still in place as quantities that can be imported into the EU are limited and there are taxes in both North and South America." 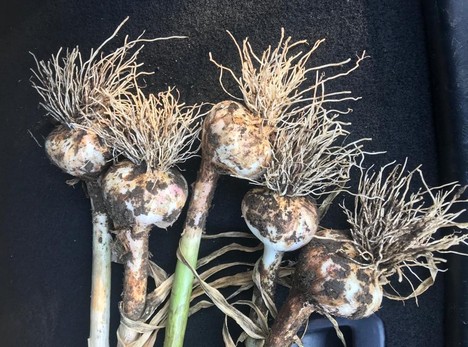 "It is difficult to make a prediction of what we should be expecting here in Europe. Prices will not drop in relation to imports from China because it is probable that European volumes, especially the Spanish ones, will be low. We are hoping that quotations may compensate the producers who have had to deal with damage and losses."