The first Valencias from Zimbabwe and Limpopo are on the water to a mix of retail and wholesale markets in the EU and the UK, where the start to the Valencia season is better than last year, with fruit moving faster as the Northern Hemisphere ran out of fruit very early.

Colour wasn’t quite good enough for the Middle East, which is usually expected of the early Turkey Valencia.

In the UK there has been up to a 30% rise in citrus sales, also elevated sales levels in Europe, but from the East the traction just hasn’t been there, says Craig Jensen of Safpro.

“We haven’t seen the pull on citrus from Asia that we’ve seen from Europe”
“There is a lot of uncertainty in Asia, where it is so heavily wholesale-orientated market and obviously things like Covid have shut down a lot of those wholesale markets which has caused a huge drop in sales volumes, specifically on imported products.” 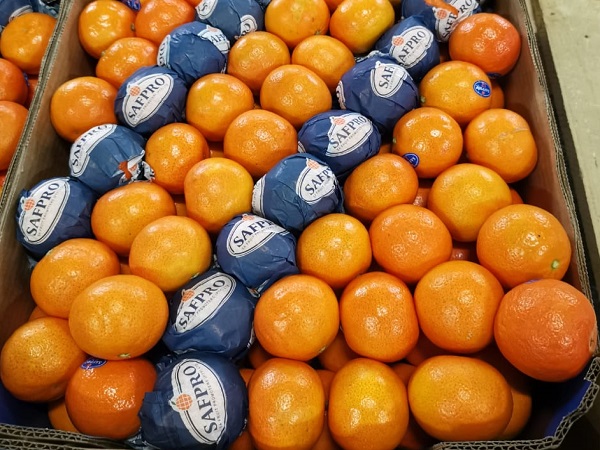 It’s a very volatile situation, he says: just when things look like they’re normalising, an increase in infections slows everything down.

In a market like Malaysia the traction is not there on citrus or apples, with stock building up.

“We haven’t seen the pull on citrus from Asia that we’ve seen from Europe. Asia just hasn’t seen the elevated sales levels of the UK and the EU. It’s a volatile market. To ship Valencia types to Asia now is shipping into an unknown situation, at a time when you have such strong demand from other markets in the Middle East and EU and the UK. It would be an unnecessary risk.”

“This year we have no idea of the depth of the market in China”
Valencias in China are sold more for processing but with the closure of juice bars Egypt had a difficult season in China. Covid disrupted the Chinese harvest, causing Egyptian Valencias to go head-to-head with Chinese oranges.

Sales movement is improving now but there is still a lot of stock of Egyptian Valencias in cold rooms. 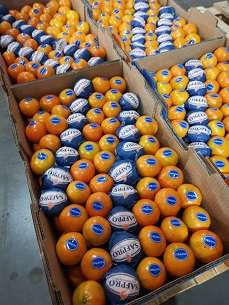 "The Novas, for example, were slowly starting to arrive and selling reasonably well, although not at the high level of previous years."

"Last week you had sales of between 170 and 190 RMB and then the Beijing wholesale market  closed again and the market dropped off to 150 RMB and there was a bit of panic setting in, because Beijing is a major market for the South African Nova.”

“So far this season we’ve had three containers arriving under cold treatment without any issues. What we have seen in the past season is successful arrivals of Novas in the early part of the season but when the shipping delays started last year it became very problematic. The fruit cannot survive if vessels are delayed for six to eight days. The fruit tends to develop an unpleasant chemical taste, we suspect the fruit dies under those conditions. It made the Novas almost completely unsellable last year.”