South Africa is in citrus peak season and, to the relief of growers in the interior and in the Eastern Cape, the harbours at Durban and Port Elizabeth are functioning better. 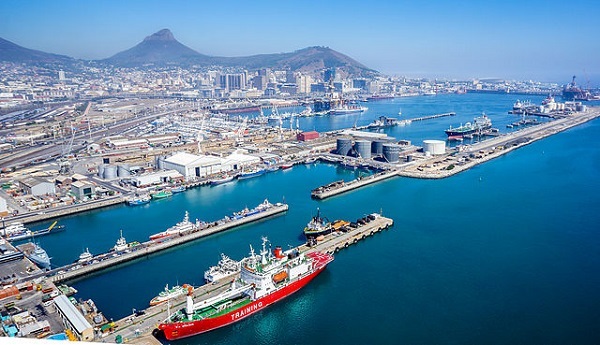 Cape Town Container Terminal (CTCT), however, has been subject to 72 missed hours due to weather conditions, much of it last week due to vessel ranging. (At the same time no-one is going to complain about winter storms bringing rain and snow deep into the drought-stricken interior.)

There are three to four gangs working in the terminal, according to the fruit industry's daily logistics report, and the fine weather of the past few days has assisted harbour personnel to catch up on the backlogs. CTCT is currently operating at 50% efficiency.

Yesterday reefer occupancy at CTCT stood at 60%. The working reefer stack capacity has been increased to around 3,000 slots.

Vessel berthing delays are estimated at around two weeks. There has been an increase in the amount of citrus trucked to Port Elizabeth, with an accompanying increase in costs for exports.

The four new straddle carriers that have arrived are being assembled with long-distance assistance from the manufacturers. These straddle carriers are expected to decrease interruption to operations due to wind.

The Western Cape has almost 47,000 cases of Covid-19 and 1,276 deaths. It seems that the province could be ahead of the Covid curve, when compared to the rest of the country.

South Africa's recorded its biggest jump in new infections two days ago. The country now has almost 84,000 infections and  over 1,700 deaths nationwide.