The first-ever virtual trade show for fresh produce kicked off on Monday with a full schedule for the entire week. Morning fitness sessions, coffee talks, presentations as well as a virtual expo floor are on the agenda daily. 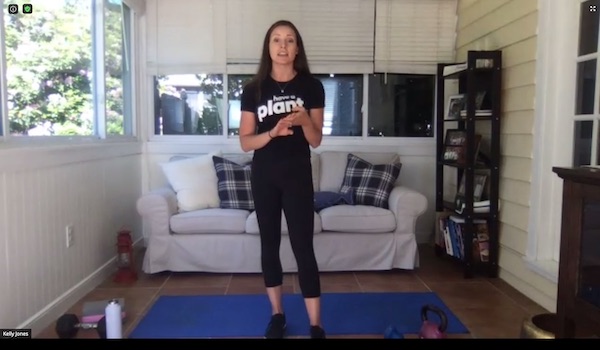 Over 50 people attended the first fitness session on Tuesday, which was led by Kelly Jones.

More than 200 companies are exhibiting on the show floor. Although attendees have access to the show floor 24/7, exhibiting companies will be mostly present in their booths between 1:00 pm and 3:00 pm EST daily. Each virtual booth gives visitors an opportunity to learn more about the company through videos, sales sheets, and product information. Additionally, during the Power Hour time window, company representatives are available to chat live with attendees.

Two days into the event, how do exhibitors feel about the expo floor?

Booth traffic
“So far, opening day has been the busiest,” said Sharon Robb with North Bay Produce. “I think a lot of attendees were getting the hang of the virtual space. Definitely, we’ve seen most traffic during Power Hours.” North Bay Produce promoted Expo Power Hours and offered prize packs for attendees. The company also hosted a webinar with Lori Taylor of the Produce Moms, which also helped guide traffic.

Matt Hiltner of Babé Farms said he wasn’t sure what to expect going in, but he has been pleasantly surprised with booth traffic and response so far. “Typically, we have at least four to five people in the booth at a time, and that number seems to climb during the 2-hour Power Hour window,” he commented.

Organizing live sessions helped with drawing traffic to the booth. The National Mango Board organized a live Zoom meeting with Chef Jason Hernandez who prepared a mango noodle salad and talked about the versatility of mangos. Jan DeLyser from the California Avocado Commission discussed this year’s avocado crop and gave an outlook for next season. 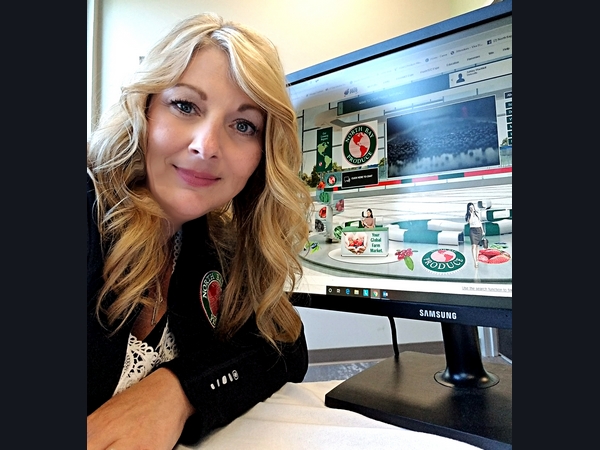 What are attendees interested in most?
“Judging by the analytics, the biggest areas of interest have been our digital farm catalogue and video collection,” said Babé Farms’ Hiltner. “The farm catalogue features our robust product line of colorful specialty vegetables all in a concise look book. This was a must-have in our booth because, due to the virtual format, we were unable to build our typical booth displays that we are known for. Although, we did model our booth image after one of our beautiful booths from the past.”

For North Bay Produce, the video library has been a big draw as well, along with some Sale Sheets of products. Marsha Verwiebe with Volm Companies summed it up as a traditional trade show with the usual type of traffic. “Some were looking for product, some just checking out the booth design, and others wanting to offer their services or introducing their organization in hopes of doing business down the road.” 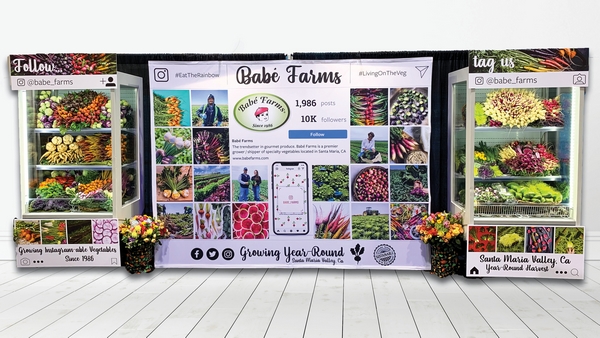 Final thoughts on digital format
Verwiebe said she really is impressed with the virtual format and sees how it can be better utilized moving forward. “The access to information quickly is hugely beneficial.”

On the other hand, there definitely seems to be a preference for the traditional shows. “I feel it could never fully replace the traditional in-person expo. There are so many sensory aspects of a produce show that are missing in a virtual format: touching/tasting the different products and talking with attendees face-to-face,” said Hiltner. “That being said, we applaud United Fresh and their ability to pivot and create a worthwhile event to unite the industry, all in such a short amount of time.”

Sharon Robb also still prefers the old-fashioned way of eye-contact and a handshake along with a few tasty treats to nibble on while wandering down the aisles. “However, United Fresh has done a great job in connecting the produce industry during these unique times. It’s impressive that they were able to get an entire industry buzzed about a virtual trade show in a relatively short time.”