Since 3:00 on June 13 (Beijing time), the Xinfadi Wholesale Market has been temporarily closed due to the discovery of new Covid-19 cases. The authorities’ move is undoubtedly very wise, which will effectively contain the further development of the outbreak. At the same time, companies and authorities in Beijing have given full play to new sales models for fresh produce such as e-commerce, express buses, and contactless delivery to ensure stable supply in the market.

According to Miss Fresh’s Wangjindong branch, it has been coordinating with production areas and manufacturers for direct supply since June 12 to ensure that the supply of daily necessities such as meat, eggs, and vegetables is doubled and the supply in the Beijing market is sufficient. The volume of orders handled by the branch in the past three days has increased by 30%-50% from last week. 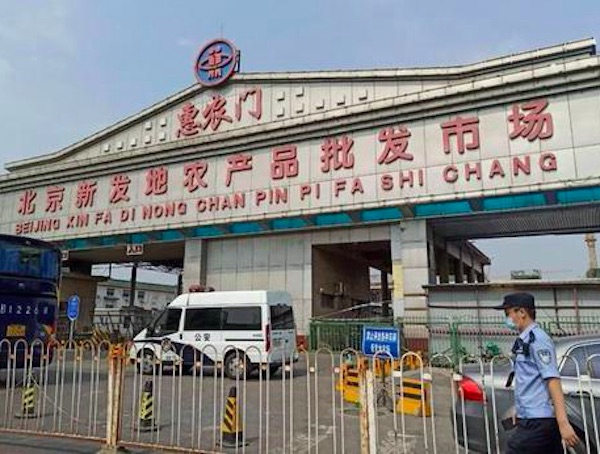 In general, the temporary closure of Xinfadi has not had an excessive impact on the overall supply of fruit and vegetables. Despite this, some traders have encountered problems and fallen into a dilemma.

Some traders said that unlike other products, the shelf life of fresh produce is short, especially higher-end fruits such as lychee and mangosteen and leafy vegetables that can’t stand high temperatures. Even stored in cold storage, produce will deteriorate after a prolonged period of time. Although the authorities have established a temporary fruit trading zone soon after Xinfadi was closed, it was too late for many cargoes to be unloaded. Eventually, a large volume of fruit and vegetables rotted and could only be discarded, which led to heavy losses for the traders.

In addition, due to the closure of the Xinfadi, many perishable products that are still in transit cannot enter the market or even the surrounding areas, so delivery companies are forced to return the goods to the place of shipment. With high temperatures and long-distance transportation, many fruit and vegetables have eventually rotten completely or the quality has been compromised and their commercial value has been greatly reduced.