The first green figs from the Mediterranean arrived at the Munich wholesale market last week. "The demand is already there; the customer takes 1-2 boxes with every order. Unfortunately, however, the customer is still somewhat skeptical about these first Mediterranean figs," says Hüseyin Gürbüz, owner of Efendi Fruchthandel. He is currently offering Italian green figs in the Munich Grossmarkthalle. 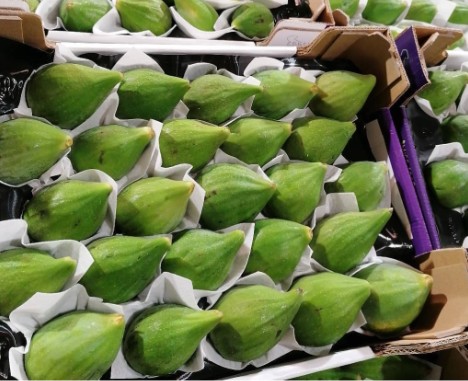 The first green figs of the season are traded in wholesale at 3-4 Euro/kg. / Picture: Efendi Fruchthandel LLC

According to the retailer, the first batches of the season do not yet have the right sugar content. "The early batches don't have the right sweetness yet and they don't last as long either. For this reason, green figs are usually exported early, after which they keep for about 4-5 days in the refrigerator." The black equivalent - which will be on the market more and more from July-August on - can be stored in the refrigerator for more than a week without any problems, Gürbüz says.

Black figs from Turkey
In just under two weeks, the first black and green figs from Italy are expected to hit the market. This will soon be followed by the full-black fruits from the Mediterranean region. But according to Gürbüz, the real black fig comes either from the Turkish region of Bursa or Muğla. "In July, the first Turkish goods from other growing regions will already be available. In the middle and end of August, the best quality figs of the season from the above-mentioned growing areas will usually follow." 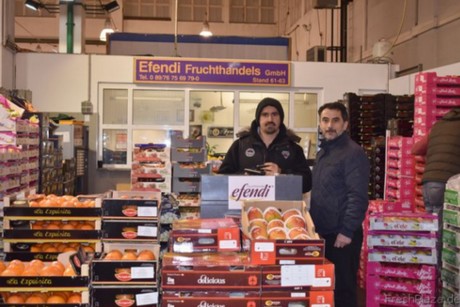 Constant sales
Over the years, figs have evolved from a fruit exotic for the specialised trade to a commercially relevant product. During the main season, black products in particular are well received by both wholesalers and retailers. "We see more and more Turkish figs in the retail trade. Nevertheless, I believe that sales have been rather stable in recent years," Gürbüz observes.