Supplies of California celery are transitioning growing regions, but the transition looks to be smooth.

“In the next two to three-week period there will be the move from the Oxnard growing area to the Santa Maria and Salinas growing areas. It’s going to be pretty smooth,” says Russ Widerburg of Oxnard, CA’s Boskovich Farms Inc. “We’ll pretty much finish here on a Friday and then we’ll start there on a Monday so no gap. Some people have already made the move to the Salinas area.” He notes that in Oxnard, there’s a moratorium on celery that growers need to be out of the ground by July 15th. “So, you rarely see anyone harvesting celery here past June 30th,” Widerburg adds.

Overall, he says that volume on celery looks the same, if not a bit heavier than last year. “Our supplies are per normal—we have incremental programmed growth every year for celery—it’s a small percentage to make sure we go up and increase every year,” he says. 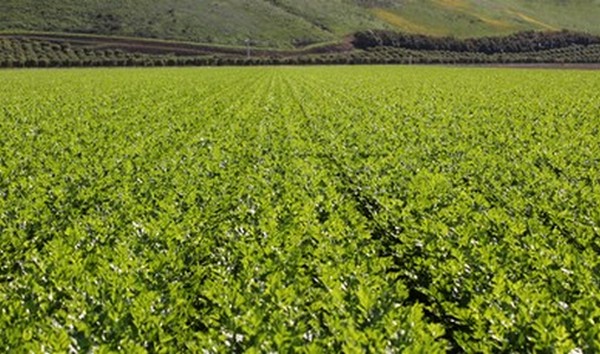 Solid retail demand
Meanwhile demand has been strong. “It’s been pretty good until the last week or so when it’s slowed up a bit,” says Widerburg, noting that because so many people are eating at home, celery consumption has been stimulated. “And there’s still a juice craze. Last year that was exaggerated because of the high $50-$60 market. But there are a lot of people that juice celery now and consumption on celery is still pretty good,” says Widerburg.

All of this puts the market currently between $8-$10 FOB. “It’s dropped significantly,” says Widerburg. “It was pretty steady around the low teens for the last month or so but last week it’s dipped into that range.”

Looking ahead, Widerburg doesn’t anticipate much change in the coming weeks. “It looks like there’s plenty—everyone up north is starting on time and there are no issues,” he adds.