The government of Thailand has opened a "national shop" on the Chinese e-commerce platform TMall. The Thai government also arranged for a cross-border "fruit train" that delivers characteristic Thai fruits such as durian and mangosteen from production areas in Thailand directly to their destination in China.

This is the first time that the Thai government has participated in the June 18 festival that is organized by the Chinese company TMall. The national economy of Thailand is still recovering from the outbreak of Covid-19, as is the case for many countries across the globe. China is taking a lead in economic recovery and neighboring countries are looking towards the Chinese market to support their own economic recovery. They are looking for new business opportunities during this pandemic. China is the largest trade partner for Thailand. The June 18 festival is a commercial holiday organized by TMall. This is the first time that the June 18 festival has attracted the attention of the Thai government. 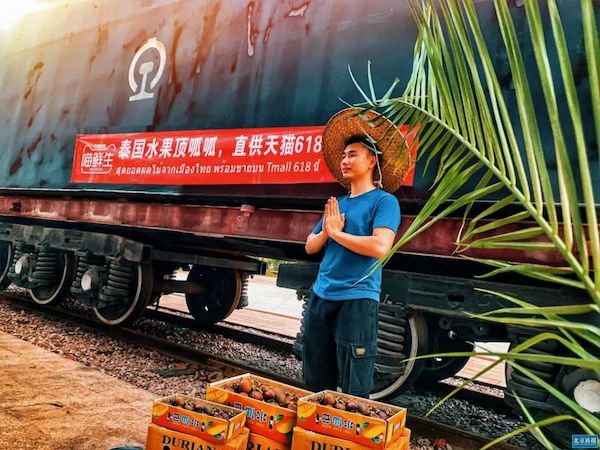 The Covid-19 pandemic severely disrupts import and export across the globe. Thai traders have also found it difficult to export their fruit. A large volume of orders from Chinese importers helped to ease the worst worries among Thai farmers. Data from the Thai Ministry of Commerce shows that durian export to China accounted for 66.94% of the overall value of Thai export to China during the first quarter of 2020.

Thailand hurriedly opened an online "national store" to participate in the June 18 festival. This is a flagship store that promotes Thai food products. The main products in this store are durian, mangosteen, and green coconuts.

Paiboon Wongchotesathit, president of Thai Fresh Fruit Traders And Exporters Association said that Chinese market demand is flourishing. Paiboon expects the value of Thai fruit export to China to grow by 10% this year. People in the industry state that this event illustrates both the quick recovery of the Chinese economy and the ability of TMall to stimulate consumption.