Investments in the coming months and past payments are at risk

What started with health emergency hasn't ended yet. On 8 June 2020 the round radicchio was sold for 8 cents/kg at the Ortomercato di Chioggia (Venice).

"For this reason, in the months of April and May, we have largely destroyed it - said Giuseppe Boscolo Palo, producer and representative of the Market - because we were hoping that prices would rise. Unfortunately, this has not been the case."

Boscolo Palo has been straightforward on this. "We have to say things the way they are. Covid has only exacerbated an already existing situation. The crisis of the Radicchio di Chioggia derives largely from the stockpiles of the refrigerated round product.

"POs and private warehouses generate production in various regions of Central Italy and then accumulate stocks. Until a few years ago, this product was finished at the end of March and did not overlap with the Veneto one, while for some years now it has been overlapping, causing a surplus in supply." 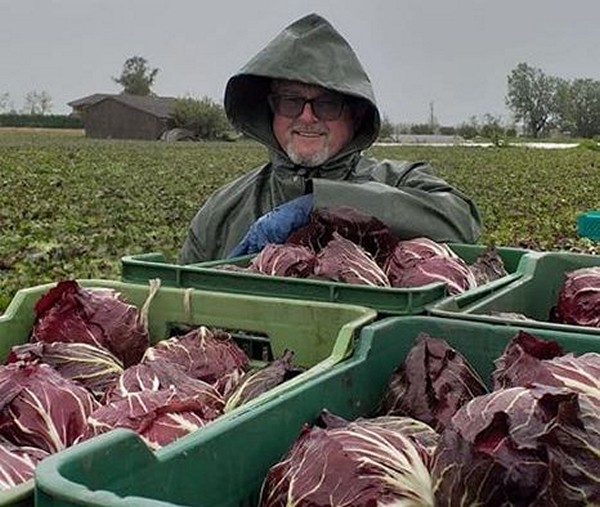 The Chioggia is produced in April and May. During these 2 months, you obtain 70% of the value of the product of the entire year and 65% of its volume. In 2020, income was zero or almost zero. "We have to pay suppliers for the spring production, and we should invest for the next season. But how can we do that?" said Boscolo Palo.

"And let no large-scale distribution make claims about ethics, TV commercials or fairness. We haven't seen ethics coming from anyone, or almost anyone. At this moment I'm in the midst of making sure that we can certify the production costs and, at that point, we'll see who will still fill their mouths with the word ethics."

With regard to manpower, Boscolo Palo kept it short and clear. "We haven't encountered any issues with employees, our problem is with the sales. We had to destroy so much product, because the prices didn't cover the costs. However, as producers, we don't have the resources to invest, and the whole supply chain is impacted, starting with those who provide technical means to the workers, to those who are in the logistics, to those who provide packaging or services. I believe that economic resources should also go to companies, because by supporting us, we give work to the whole supply chain."