The asparagus growing season in the northwest usually starts at the end of March or the beginning of April, but this year the season was slightly delayed due to cold weather. Owyhee Produce, who grow their asparagus in both Idaho and Oregon, started their season around the end of April. 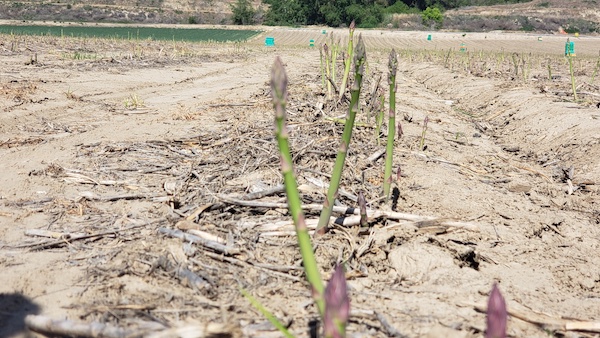 Sporadic weather and volumes, but great demand
The best way to describe the current season, according to Robin Froerer, is ‘sporadic.’ She explains: “The season started late because of the cold. When we started, we saw good volumes: the weather had warmed up and it was looking to be a normal season. But then the cold weather came back and temporarily closed down the production – this was something that affected the whole northwest. So, the weather has been very hot-and-cold, and this has made our volumes fluctuate a lot too.”

Imported product coming in now
The good prices in the market have encouraged Mexico and Peru to enter the US market with their asparagus too. Froerer notes: “Mexico can produce asparagus year-round because of their different growing regions, so they come in with their product whenever the market is good. Unfortunately, even though local produce has been gaining popularity in the US lately, for asparagus it’s not always clear to consumers what their origin is and so when the imported product comes in, it can easily take over the market.”

While consumers do generally look for domestic produce at the grocery stores, for asparagus this is a bit more difficult than for other products. “This is something that can be changed, but the consumers need to speak up and tell the industry they want to have clearer labeling on this. We were hoping that this was something that might happen as a result of the pandemic because it’s brought a big push for supporting local producers. But it really comes down to the consumers,” concludes Froerer. 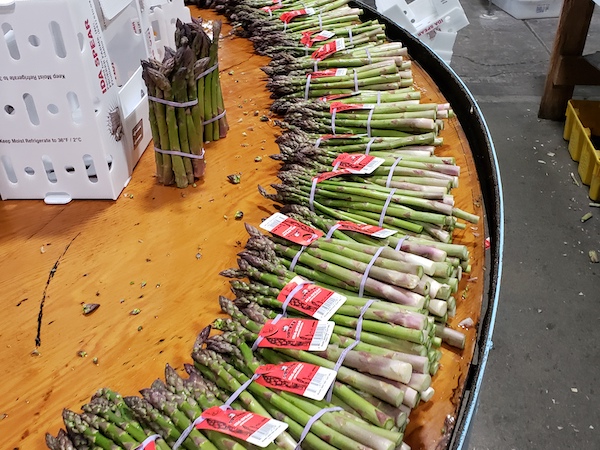 Owyhee Produce is planning on planting extra asparagus acres this year which should come into production in the coming three to four years.