The Netherlands is one of the world's largest potato exporters. Annually, tons of seed potatoes are sent across the globe. Potatoes are usually grown from seed potatoes. However, in 2017, Bejo introduced potato seeds - True Potato Seed (TPS). What is so special about these? Rien van Bruchem, Bejo's Area Crop Manager, explains.

What is the difference between potatoes grown from seed potatoes and those grown from potato seeds?
The potatoes on your plate are called consumer potatoes. These come from seed potatoes - a specially cultivated potato tuber. This tuber is planted in the ground, and when its plant is large enough, it grows new tubers. These tubers are grubbed and stored in a cold place. These can be used to later grow new consumption potatoes. This process is repeated again and again. 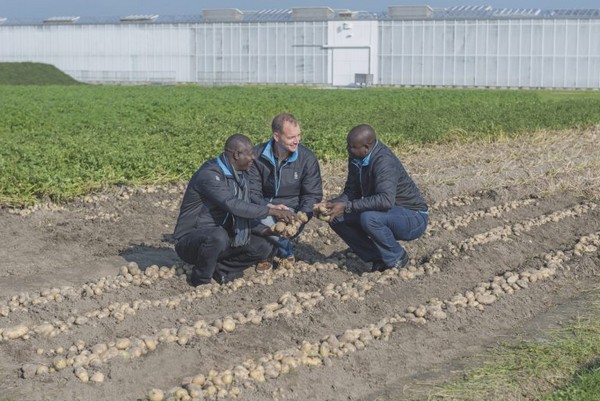 Growers set specific demands on seed potatoes - they must germinate quickly and well and must be disease-free. When a seed potato is diseased, this is transferred to the next tuber, as well as the consumer potato. This decreases yields.

True Potato Seed, comes, as the name indicates, from a seed. For a long time, it seemed impossible to develop potato seeds. Their quality is not the same as seed potatoes. Breeding potatoes is, after all, an art in itself. Most potato varieties are ancient; some go back as far as 200 years.

Potato plants also have complicated genetics - they have four chromosome pairs. So, it takes very long to develop, and then propagate, a new variety. That is already challenging with seed potatoes and so, inevitably, with potato seeds. But, eventually, it worked.

Why are potato seeds beneficial?
Potato seeds are especially beneficial for small farmers in Africa, Asia, and Central America. The most important advantage is that potato seeds are clean, disease-free basic materials. Seed potato diseases are a major issue in many countries. This can cause crops to fail.

Potato seeds' quality is also guaranteed for longer. As I have already mentioned, potato seeds are currently being sent to developing regions. That means it often takes longer for the material to arrive. With seed potatoes, that would directly affect the potatoes. With potato seeds, the quality remains consistent.

Seeds are a compact, less fragile product too. That not only opens up more transportation options but also storage options. That could also mean better value for money.

The market is, therefore, mostly outside of Europe. Is there a market for potato seeds in the Netherlands too?
Dutch potato growers are, for now, still using seed potatoes. Dutch farmers are well versed in working with these. After all, most seed potatoes come from the Netherlands. The Dutch climate is also suited to seed potato cultivation.

Why are potato seeds considered as the holy grail?
For the time being, I would not call them that. But I understand why potato seeds would be considered as such. Tons of Dutch seed potatoes go all over the world. Despite that, worldwide, most seed potatoes are propagated by small, local farmers. That causes global issues with potato viruses, which drastically reduce these local growers' yields. There is, therefore, a huge potential market for healthy base materials.

With this hybrid breeding method, we can build in disease resistance more quickly. That increases yields. But, we are only at the beginning. We are still testing and developing new potato hybrids. Growing potatoes from seed has its own challenges.