In April, Brazilian fresh fruit and vegetable exports were clearly lower. They were 18% lower than at the same time last year. Over the first four months of the year, exports shrank by five percent. There are, however, substantial differences in each country.

To the Netherlands - Brazil's most important buyer - exports lagged by no less than 20% compared to 2019. But that year's figures were higher than in January-April 2018. More (12%) was, however, exported to Spain. The first four months of 2020's exports to the EU27 was almost ten percent lower than in 2019. Exports to the former EU-member country, the United Kingdom, dropped sharply, by 25%.

More to non-EU markets
Brazilian fresh vegetable exports to other regions showed pluses. At the beginning of the year, considerably more was exported to not only other Latin American countries. More was also sent out to countries in Southeast Asia. North America is a small sales market for Brazil. Exports there are, however, increasing. 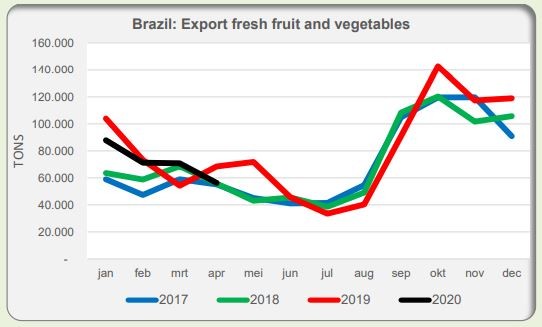 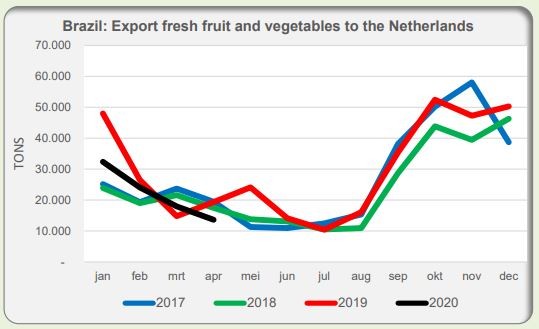