The Egyptian sweet potato season has started, and one exporter is hoping to add to his markets in Europe. Due to the pandemic, prices could become extremely high this season and competition could be fierce as a result.

According to Mostafa Adel, International Sales Manager for MMA Fresh Produce, Egypt has increased the production of sweet potatoes significantly over the past couple of years: “For the last three years the sweet potato production volumes have been increasing in Egypt. One might even say it has increased too much, as per request of the ministry of agriculture, due to high demand for the sweet potatoes from all over the world. As always, the sweet potato season started off calm, but demand is increasing every week. This season our company is targeting to export between 800 and 1000 tons of Beauregard sweet potatoes to Europe. If you compare this to the 500 tons we did last season, we’ve taken significant steps forward in terms of production. This year our main markets will be the UK, France and the Netherlands, but we are hoping to expand our reach to countries like Belgium and Italy.” 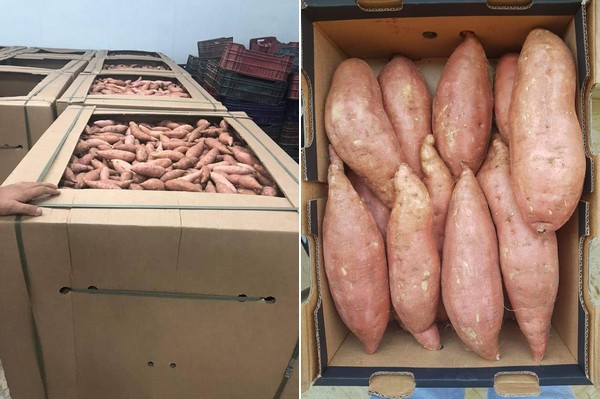 Although Egyptian sweet potatoes are commonly low in price, they’re not the cheapest in the world. This means MMA still has to beat some of the competition, with only a single variety for importers to choose from: “The biggest challenge we face in exporting Egyptian sweet potatoes is pricing compared to other origins like the Chinese. The Egyptians also have a lack of different varieties of sweet potatoes, as we’re very knowledgeable on the Beauregard sweet potato, but it’s also the only variety Egypt is known for at all,” Adel explains.

MMA Fresh Produce also deals in citrus, but the Egyptian citrus season has already ended. Dealing with the two seasons is very different, Adel says: “Compared to the citrus, the sweet potato is easier to store because of its hardness. However, the citrus in turn is much easier to sell within an open market. The Egyptian sweet potato faces many large challenges in the European market, as the competition from other origins in Europe is huge. Normally prices get better after every season that passes, but it all depends on the availability of sweet potatoes from other origins and the quantities that are exported from Egypt. However, as this is not a normal year, we expect extremely high prices as the covid-19 pandemic is still felt in a lot of the European countries.”