Tenacious Ventures was formed under the Australian Early Stage Venture Capital Limited Partnership scheme, and 80 per cent of investments will be into Australian-domiciled companies. The co-founders are involved in several agrifood tech initiatives.

"We run programs for farmers via Farmers2Founders to help producers get involved as more than customers of technology," General Partner Sarah Nolet said. "I also founded a food consultancy and advisory business, AgThentic, focused on innovation adoption in agriculture, working with corporates and research organisations."

From these foundations, Sarah and Matthew Pryor have built a reputation for supporting startups, and now they will be investing in them via Tenacious Ventures, a venture capital firm. Part of the company's mandate is the development and growth of innovations that can be applied to global challenges in food and agriculture, meaning projects largely based on operating equipment, facilities, food/fibre production, or agricultural land in a specific location, are unlikely to be considered. 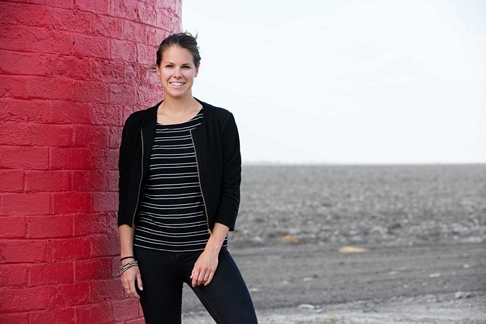 However, Ms Nolet is encouraging growers to have more of a say in how the innovations are developed, so they are relevant to them into the future.

"It is easier said than done; even if we say we want more farmers and want more industry input - can we actually get it?" she said. "We would say that growers have a role in being research and development partners of some of these technology companies. But there are other ways to get involved, whether that is as investors or advisors, or even building the solutions themselves based on the problems they have on farms."

This increase in technology and the entrance of new perspectives and talent into agriculture, Ms Nolet says, may mean new ways of working and shifts in traditional mindsets in order to drive improvement in not only their business but the wider industry.

"One of our beliefs is that ideas are useless, and it is all about execution," Ms Nolet said. "So, it is really hard to execute someone else’s idea, and most people won't. So, we say share ideas and get the conversation going and back yourself in the execution. The other thing for producers looking at agtech is that you have to evaluate more than just the product; you really have to think about the team. Then you can build more trust and deeper relationships."

Ms Nolet says that one of the unique features of horticulture is the need to not only find solutions that cater to the individual industries of fruit and vegetable items but ones that have the ability to expand across the sector.

"We work with companies that maybe started in one, but moved into others," Ms Nolet said. "In stone fruits and tree fruits, we are seeing robotics platforms that are working in horticulture, but also broadacre farming. What is cool about technology is that it is blending these boundaries that have existed before. One of the challenges though, is that an industry might think of themselves as an individual, for example, the apple industry, but a startup company might not see apples and pears that differently from peaches, because the technology can work for both. So, there's challenges but also opportunities."

While there have been many impressive innovations that have hit the market in recent years, Ms Nolet says full and partial automation-based technologies have become incredibly useful to farmers. For example, carts to help pickers, or apps to help farm managers understand what their staff are doing and even ways to improve workplace health and safety.

Originally from North America, Ms Nolet says Australia has come a long way in the agritech space in the past decade but could be assisted by more funding.

"We are now fully on the global map and we are fully collaborating with other countries where we are building partnerships and our technology," she explained. "Our farmers are world-class. However, figures show globally that, depending on how you slice the pie, there are billions going into agritech globally, but Australia is attracting less than $50million. Even if we were to be four times that, it is still just a drop in the bucket. That does need to increase; the Australian government is still the largest funder of agriculture innovation. We need to change that. So, we are happy to be a part of that bringing in private sector capital, producers, agribusinesses and corporate money to back startups in this space."