“Remain sharp and think cauliflower, then all will be well”

Cauliflowers are an integral part of Dutch culture. They have been among the country's top five most-eaten products for years. Year-round cauliflower is a must for supermarkets. Laan Andijk/Laan Groente Jaarrond is the largest cauliflower grower in the Netherlands. As such, despite many challenges - retail demands, the coronavirus outbreak, staff issues, and extremely dry weather - they remain a stable factor. "We always say - remain sharp, and eat, drink, and sleep broccoli and cauliflower, and all will be well," says Manus Laan. 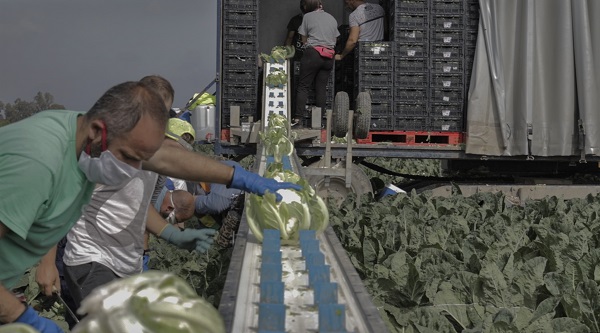 "We farm on more than 500 ha in Spain, and about the same in the Netherlands. In the Netherlands, it is mostly broccoli and cauliflower; say ⅓ to ⅔. But, in Spain, it is about 80% cauliflower, but also pointed cabbage, broccoli, celery, and some other small products. We have worked in Spain for nine years now. Eight of which have been with the same people. We rotate along with their cultivation plan. It has been a win-win for both parties."

"Since we work with the same people, we can reoptimize and fine-tune things every year. In this way, we have built a good, trustworthy relationship. We always joke amongst ourselves, that we are married, for better or for worse. We are usually present in person in Spain - one of us, at least - certainly full-time during the harvest season. During the planting season, someone is usually there for a few days a week. We can, therefore, identify problems before they become major issues," explains Manus. 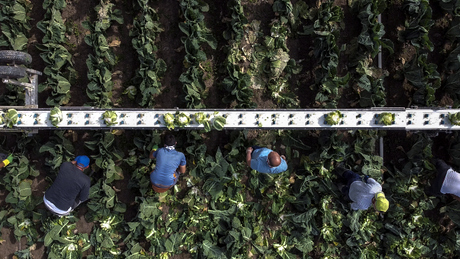 Fortunately, there was no major coronavirus outbreak around the company's cultivation area in Spain. It was no worse than in Andijk, in the Netherlands, where they are located. The governmentally enforced measures did, however, affect business operations. "When the virus broke out, and the stringent rules were implemented in Spain, good communication with our staff was vital."

"And at that time, it was also difficult to travel," adds Laan. "Transportation to the fields, for example, was difficult when only two people per car were allowed. Our workers always carpool, and many do not even own cars. The corona crisis did eventually result in extra transportation and labor costs. Free market prices were high, but fixed agreements are fixed, so there was no compensation there." 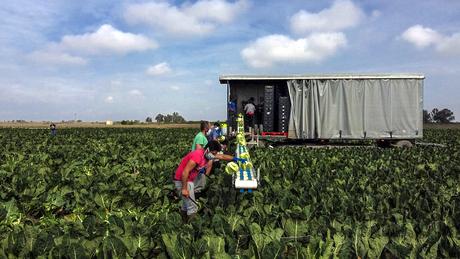 Manus and his brother, Teun, are the business' third generation. Their father retired three years ago, and it became a private company. The Laan brothers have a total of 140 employees. They do not use seasonal workers, preferring full-time Spanish harvesters who have work throughout the year. As farmers, they are affiliated with the Dutch West Fresh growers association. In turn, this association owns 50% of the Tolpoort processing company. Greenery is responsible for sales."

"Most Dutch cauliflower is grown in North Holland. At about 650 hectares, West Fresh cauliflower acreage has remained roughly the same for years. The number of affiliated growers has dropped sharply over the years. At first, there were 17 member farmers; now, only six bundle their strengths. Manus says, "Every company has its unique qualities, and it is precisely this diversity that is our strength. The common denominator is the regional common-sense, an extraordinarily strong work ethic, passion for the trade, and a good dose of humor." 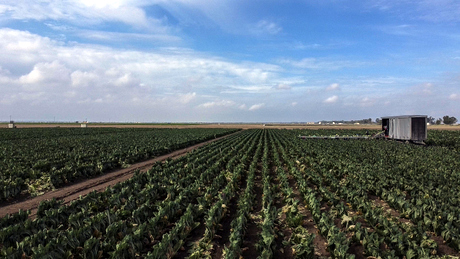 There was Dutch winter cauliflower available from the end of March already. The season really took off somewhat later the usual, at the end of May. Laan would rather not share any expectations about the season. "We have learned not to have expectations about a season because things always change. But, we are, of course, positive."

"The biggest challenge is to get all the staff from Spain to the Netherlands in a manner that benefits them. Even though it is 12 times larger than the Netherlands, Spain is still regarded as a high-risk area. In Spain, there are areas with very low coronavirus numbers. (The Dutch towns of) Groningen and Breda got through the start of the crisis differently, too," continues Manus. 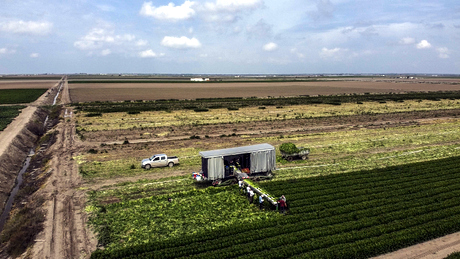 All Laan products are Planet Proof year-round. Laan farms for various members of the Dutch purchasing cooperative, Superunie, and Dutch supermarket chain, Jumbo. Depending on the season, they have programs with different local and overseas partners too. Much of their Spanish product goes to Germany. In principle, they can cultivate all sizes of cauliflower; however, in practice, people demand mostly size 6s. Laan has also been growing Romanesco broccoli for 25 years now. "These sales are reasonably stable."

"Sometimes a supermarket is added, and then you have slightly higher sales, but that is often temporary. It is a pity because this is a wonderful product. Yearlong supply continuity often goes wrong, and this product has a small market share," says Laan. "That counts for green cauliflower too. If someone is added, shortages quickly develop, but if someone leaves, soon there is a surplus. No one wants to give sales level guarantees beforehand either. So, it is a tricky dilemma with these products, which further complicates things." 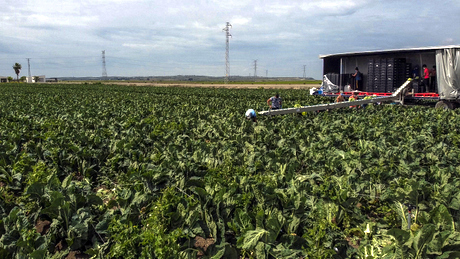 The dry weather in Spain, as well as the water-rich Netherlands, is a challenge. "In North Holland, we can irrigate well, and dry years are often better years. It has, however, created a lot of work with many wasted hours and high diesel usage. This wore us down in 2018, especially. In Spain, the lack of water is entirely a recurrent, yearly problem. Luckily, we have a good picture of what is going on there.

"So, we can take measures in good time if there is a shortage. These last seasons, we have managed to keep growing our vegetables in extreme conditions. We have also been able to maintain supply and quality continuity. But, this has, by no means, been achieved everywhere around us. That has resulted in above-average free-market prices. But on average, it has paid off for us," concludes Manus. 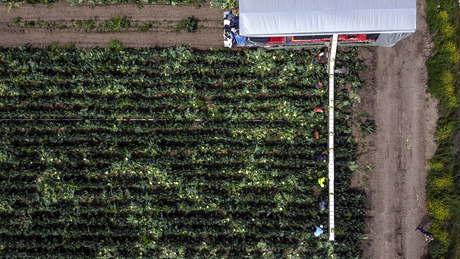 
Sales via
The Greenery
www.thegreenery.com