"In order to be commercially interesting, varieties need to suit growers' wishes as well"

Eight years ago, TomaTech's specialties were already popular among trade and retail companies, and their Sugar Drop tomato has been on British supermarket shelves for almost the same period. When expanding their portfolio - this year there are more than 190 varieties grown in the TomaTech demo greenhouse - the breeding company listened to the wishes of growers, retailers and consumers in their breeding program.

Wilfred Scheffers & Eviek van den Arend explain how the varieties bred are an answer to the demand of the European high-tech market. With Plantfactory they are the distributor of the Tomatech varieties for this region and actively try to bridge the gap between the partners in the fresh produce chain. 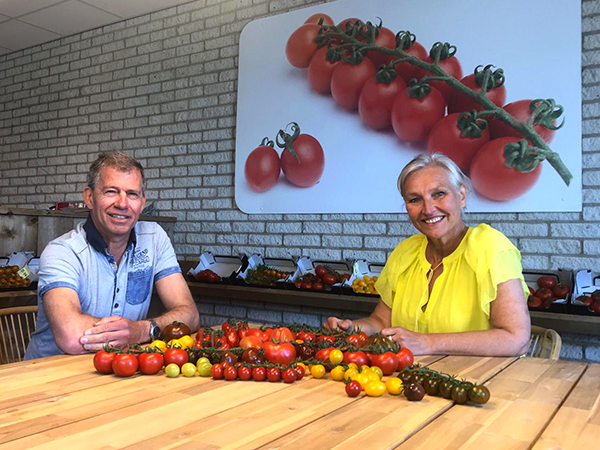 The varieties of Tomatech complement the range of varieties on offer in the high-tech tomato sector, often with a slightly different flavour, shape or colour. These varieties must be available for our tomato sector,' says Wilfred.

Demo greenhouse
A colorful sparkle can be found between green leaves of the tomato plants in the TomaTech demo greenhouse in the Netherlands. It's a pepper shaped cherry TOV. There's red ones, bright yellow tomatoes and similar shaped ones in striking orange. It is one of the novelties to be found in the Westland demo greenhouse of the Israeli breeding company TomaTech.

"Actually, with this we are expanding the Tom-amuse concept", says Wilfred Scheffers. In 2018 hat tomato was launched by the breeders and four leading tomato growers from all around the world, complete with packaging and concept to help the retail market. It is a typical way of doing business for the breeding company: looking for ways to cooperate with the further fresh produce chain and the market. "That's also why we now offer the same type of tomato in more colours," says Eviek. "We see that there is a demand in the market for new colours and shapes. Taste remains the first requirement, but the market also demands variation".

Proof of this strategy can be found in the demo greenhouse of TomaTech, where a whole host of new varieties are grown. In the years that Plantfactory has looked after the Westland greenhouse, the acreage and number of varieties in it has grown considerably and this year the cultivation area has increased from 1100 to more than 2000m2.

The collaboration between the two companies has now been in existence for almost five years. Wilfred says that, in addition to the creativity of the breeders, he also noticed how much importance TomaTech gives to structure and hygiene. "That has always been a plus for us and has only become more important. Especially in the international seed trade, the safety of varieties and seeds is extremely important, because the risks and interests are high. In the Netherlands we are strict, but that's certainly not different in Israel. GSPP is at the heart of the company." This applies to the Israeli head office, the Dutch branch and internationally.

"In Spain TomaTech has its own demo greenhouse for the Mediterranean market and in Canada there are demos at a greenhouse growers. This makes it possible to serve a large part of the global market. And so we do the European high-tech market", continues Wilfred. "From the kitchen of the breeders there are a lot of interesting varieties to supply, but that doesn't mean that they are all suitable for the high-tech market. We test that suitability, in consultation with growers, breeders and the rest of the chain. For example, there are now more than 190 varieties to be found, but you can assume that at least 70% of them are unsuitable for further roll-out". 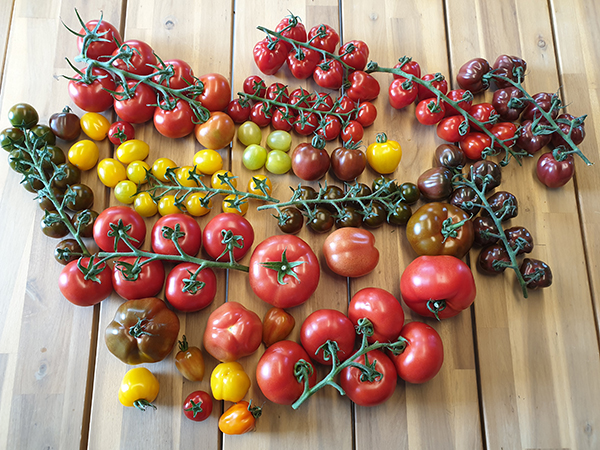 Lighting and other conditions
Varieties may, for example, be less suitable when used in an illuminated cultivation or be left to taste or production when grown in colder conditions. "In addition to the fact that the varieties sometimes turn out to be better suited to Mediterranean conditions, we also want to bridge the gap with the growers. The TomaTech varieties are already well known for their taste and presentation, and the trade and retail are certainly satisfied with that, but in order to be of interest to growers, the cultivability and production must also be above average. That is the challenge of breeding: you have the trade side on the one hand and the growers on the other," says Eviek.

If such varieties are found, they will be released to growers all over Europe in trials. From those observations, a number of interesting products can be found. "Where TomaTech has been strong in the striking shapes and colours for some time now, we see that competitive varieties are now also emerging in the regular segment. We now have very interesting varieties in the cocktail and beef segment and can make the difference compared to the standard variety," Eviek says.

Novelties
Time to have a look at these tomatoes. In the cocktail segment you will find the TT750, which distinguishes itself from the standard variety on the green parts and the deeper colour. In addition, the variety is slightly coarser and is therefore also expected to distinguish itself in terms of productivity. "It is grown in trials all over Europe and in the Netherlands we are also going to work in the lighted crops," says Wilfred. 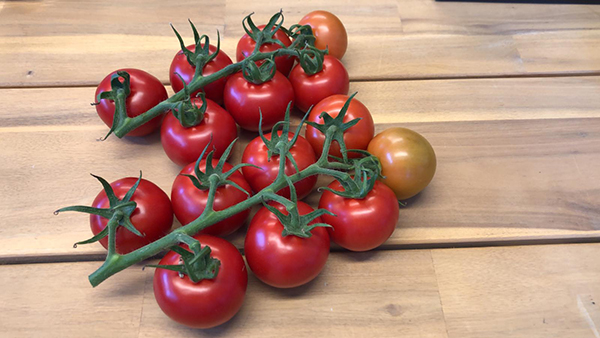 There are also various tasty novelties to be found in the snack tomatoes. "With the TT773 we have a grape-tomato with a brix of over 9 and a productive crop. We also see opportunities in the winter cultivation under the grow lights - although that's a difficult segment. 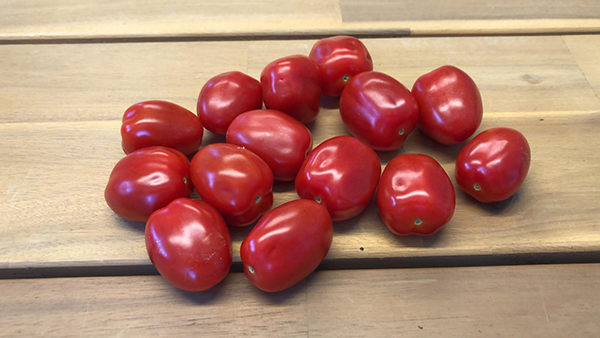 Cherry TOV
In the small stuff there is a new cherry TOV: TT 746. "Actually this one is almost the same as the standard variety, although slightly nicer in colour, with a firm truss and slightly darker red. However, we expect the big improvement in production and in resistance". 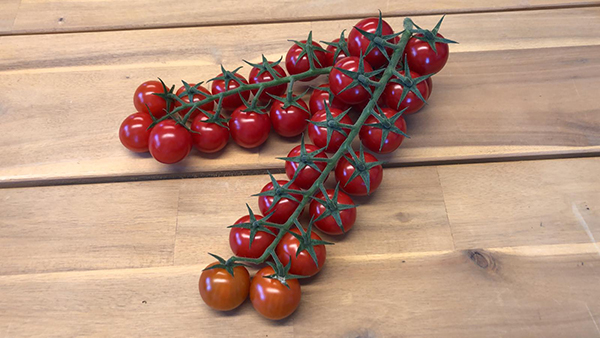 Colourful greenhouse
In addition to these novelties, there are many different shapes and colours to be found in the greenhouse. "Leave that to the breeders", Eviek laughs. "And certainly that of TomaTech." She shows a green tomato that manages to reach 13 on the brixmeter during the season. "He has a somewhat thicker skin and a brix of 13 is almost too high to be tasty, but these kinds of developments are certainly interesting for the future and to see what is possible. The development of new tomato varieties is an ongoing journey".

And on to the future
In addition and for the future, the company also looks at the global and the horticultural trends. Labour and plant types now play a major role in the industry. "We are already paying attention to the labour-friendliness of a variety and perhaps in the future there will also be varieties that can be turned or even harvested automatically. That is still a long way off at the moment and we see that it is not yet an issue in a number of segments, certainly not if you can add value in other areas, such as specialties. But for commodities it is certainly on the to-do list and the wish list for the future".