The 2019/20 export season delivered another record result for the Australian fresh produce industry utilising phytosanitary irradiation protocols, according to the nation's treatment provider.

Despite the major disruption to airfreight caused by COVID-19, Steritech reported surpassing the 2018/19 record season volume by early April of this year; this realises an impressive five-year growth rate in trade of 33 per cent based on volumes treated.

Mango treatments enjoyed growth across multiple markets as did the table grape category which was helped along by a new export protocol to New Zealand. Fresh Produce Business Manager Ben Reilly admits not everything was perfect though with air-freighted table grapes to Vietnam was down almost 50 per cent, which was impacted significantly by COVID-19. Australian Cherry exports to Vietnam were also marginally lower. Phytosanitary irradiation is a wavelength of energy that passes through a pallet of fresh produce. He says it can reach every insect and pest, whether it is on the fruit or inside it, or in an airtight bag.

"It is not a new technology, Australia has been performing Phyto-irradiation treatments for domestic and export purposes since 2004, but it is nice to still be in the new and exciting area of the technology," he said. "Like a light, we can turn the source on and off with the waves of energy being created and disappearing just as fast. We are using an electronic machine that generates an X-Ray wavelength that is commonly used in medical diagnostics." 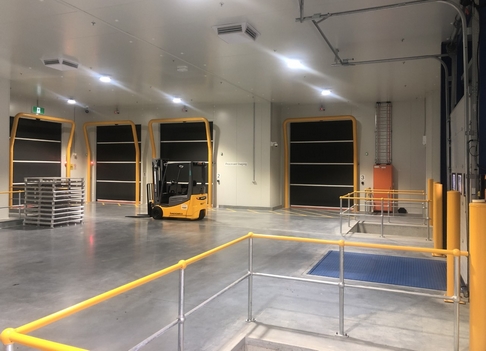 Mr Reilly added that there have been significant increases in interest and its application over the past five years, especially with the temperate fruit categories. Citrus categories currently make up small volumes, but phytosanitary irradiation can help add a competitive edge for Australian fruit.

"Irradiation is widely accepted throughout South East Asia. Australia has irradiation protocols in six markets, and we believe more will follow soon," Mr Reilly said. "At the end of last year, we saw encouraging signs from North Asia with one of Australia’s largest trade partners acknowledging an irradiation ISPM (International Standard for Phytosanitary Measures). We are constantly working with industry, researchers and government to develop effective solutions for all parties." 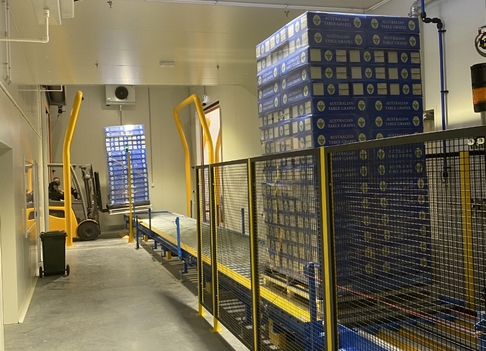 Steritech works on the principle of delivering a commercial benefit to the industry, and a regulatory benefit to governments responsible for biosecurity, according to Mr Reilly. One of the benefits to regulators is that the technology is simple and highly reliable.

"For the industry, it is important to state that we are cold chain friendly," he said. "We can treat reliably at any temperature allowing us to maintain the cold chain. It is a very fast process that typically takes less than one hour from start to finish. We are focused on enhancing the entire Australian programme offering, adding air freight to existing sea freight programs. The treatment uses a single efficacy data set for all crops, and almost all insects - so, it's simple and easy for the grower and biosecurity inspector alike. In the 15 years we have been treating in Australia, we are not aware of a single failure.” 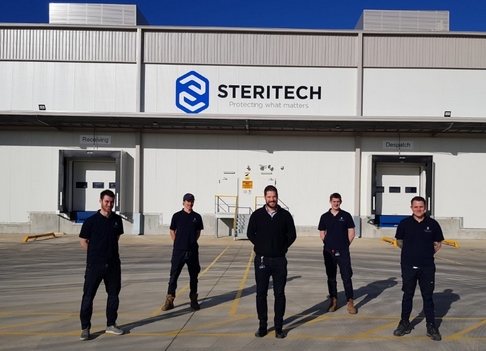 In addition to its inaugural Queensland site, Steritech opened its second fresh produce irradiation facility in Melbourne, in January 2020 to help improve access to the treatment for southern production regions. Currently, Melbourne has the capacity for 240 metric tonnes a day which can be doubled in the future. Queensland already has a "whopping" 700 metric tonnes.

"The reliability of the treatment stems from extreme process control and automation of almost every step in the process," Mr Reilly said. "From the standpoint of the building design and fit-out, it was created to exceed the current requirements and set the highest possible standard. It was designed to meet future needs.” Photo: Ben Reilly at the Citrus Outlook Forum in Melbourne

With citrus being an established high-volume export commodity, Mr Reilly admits phytosanitary irradiation is a niche solution for current exports.

“The X-Ray treatment is typically preferred by industry where there is a high perishability factor, or where alternate treatments are impacting quality,” Mr Reilly said. “We don’t expect to be treating high volumes of sea freight navels, but we do see a genuine opportunity and benefit for lemon and some soft citrus exports. Increasing production volumes and variable outturn with other treatments present a problem that irradiation can help solve.”