"We will produce 50% more organic lemons than last year"

This has been the first year in which the Almeria-based company Bio Campojoyma has been able to offer Demeter-certified lemon, grown following biodynamic practices.

"We are very satisfied with our first harvest of biodynamically-grown lemons. We had received many calls and there was great interest even before we had the production. We hardly face any competition, because we are among the few producing biodynamic lemons in Europe, although there are already fields being converted in Spain", says the comunitaction manager of this firm. 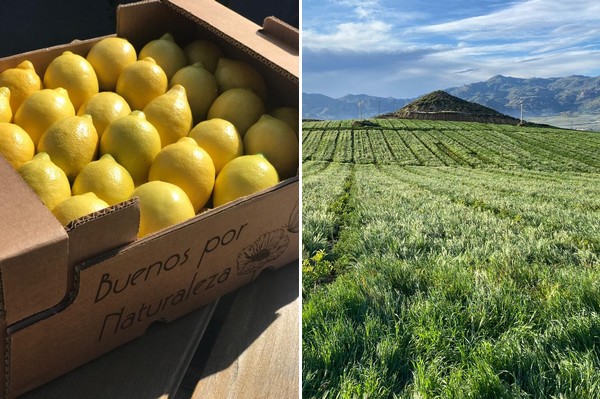 Lemons are a fruit with many health benefits, as well as versatile, and Bio Campojoyma has become a leader within the organic segment, both in Spain and in Europe. In 2017, it decided to differentiate itself and start its own plantation; today, it has 45,000 lemon trees in over 160 hectares in Níjar and Los Gallardos, Almería.

This year, unlike in other years, the demand and prices for organic lemons have remained high. After the Christmas festivities, the Fino campaign usually comes to an end, coinciding with the end of the season from other origins, and the demand usually drops, but this year, after the emergence of COVID-19, there was a significant rebound in sales as consumers were seeking vitamin C. Consumers were clearly looking for citrus.

Although the production of biodynamic Fino lemons was already sold out in January, the sector had the impression that part of the organic lemon production would remain in the trees, but the strong demand unleashed by the seek of vitamin C caused the entire harvest to be quickly sold out. Later, the harvest of the late Verna variety was so accelerated that the sector thought its supply would not reach June. Now the demand has stabilized because there are already overseas lemons available in the European markets."

In the current campaign, Bio Campojoyma will market 1.3 million kilos of organic lemons of their own production, 50% more than in the previous one. The fruit's main destination is Germany, although it also exports to other countries in central, eastern and northern Europe. 10% is marketed in Spain. It is worth recalling that 80 hectares were planted in 2019 which are not yet in production, so for the 2020-21 campaign, the plan is to market more than 2 million kilos.

"We are a young company, barely 16 years old, but from the beginning we have believed in sustainability and innovation. For this reason, we decided to focus on varieties we could differentiate ourselves with, and we bet on citrus fruits like lemon, which has brought us to success. We cultivate it with biodynamic practices, which has allowed us to create jobs and is also beneficial for the economy of our province, now that it is more necessary than ever," says Francisco Jesús Montoya, founder and manager of Bio Campojoyma.

Biodynamic practices are based on traditional agricultural management. They are environmentally-friendly and respectful with the natural cycle of the earth, integrating plants, animals and soil. In this way, the organic company is making a contribution to the sustainability and balance of the environment. Campojoyma cultivates its biodynamic organic lemons combining varieties and production areas to be able to harvest early varieties in even warmer areas and late varieties in slightly colder areas. In this way, even if the volume is reduced, customers will still have enough supply at any time of the year. The firm produces three varieties: Fino 95 from September to February; Fino 49, the most common, from November to March, and Verna from February to August.