Unifrutti has thousands of counterfeit lemon cartons destroyed in China 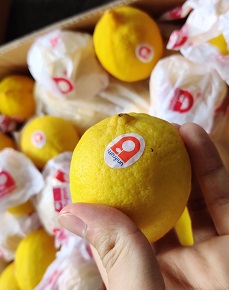 Two weeks ago two containers about to depart for Bahrain with Chinese lemons packed in counterfeit Unifrutti cartons, were confiscated at Shekou Harbour, China.

Right: even the fruit stickers are fake

All 3,200 cartons were destroyed at the cost of the suspects, who also agreed to a fine and are now being investigated by Unifrutti’s legal representatives in China.

Customs in China, where the brand is registered, are on the lookout for further appearances of such consignments.

“We’re not letting it pass,” Linda De Nadai, Unifrutti South Africa CEO says. “We have alerted ports across the world to be on the lookout for fake Unifrutti cartons and when we find it, we will destroy it. Moreover, we’ll take severe measures against the importers of such fruit as well.” 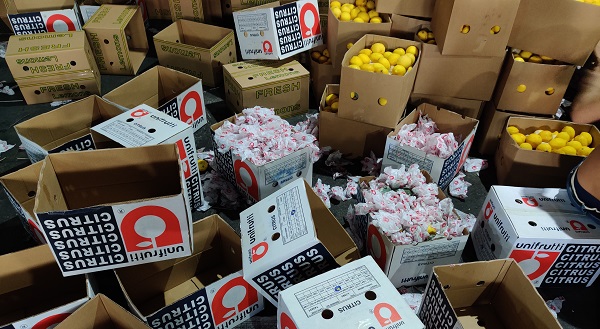 They’ve known for a few years that Chinese lemons were being sold in counterfeit Unifrutti cartons on the local market. Unifrutti’s lemons are held in very high esteem, hence the company is particularly targeted. Sales within China didn’t cause a disruption to Unifrutti’s worldwide operations and previously they let it go.

Now, however, there has been an explosion in the use of counterfeit Unifrutti cartons, Ms De Nadai says, with their cartons popping up in various countries – sometimes even coinciding with authentic Unifrutti lemons from South Africa – in response to the high lemon demand over the recent period.

Over the past two months the company has received pictures of Chinese lemons in counterfeit cartons from their receivers in South East Asia, Russia, the Middle East.

These lemons also come onto the market at lower prices and with dubious MRL (maximum residue level) compliance while Unifrutti is committed to low MRLs.

Fruit in these cartons were covered by counterfeit Unifrutti wrapping paper

International alert at Rotterdam
Most recently their longtime receiver in Rotterdam, Total Produce, alerted them to counterfeit Unifrutti lemons being offered for sale in Rotterdam, prompting the company to issue an alert to Benelux Customs to be vigilant for these goods.

Their investigation should tell them the scale of the counterfeiting, which would appear to be becoming larger. The lemon cartons include the usual South African contact details, even reproducing the production unit code of an actual Unifrutti lemon grower in South Africa.

Over a year ago the company registered their brand at Chinese customs, but it is a lengthy and costly process and there were some challenges trying to determine in which classes to register the brand. 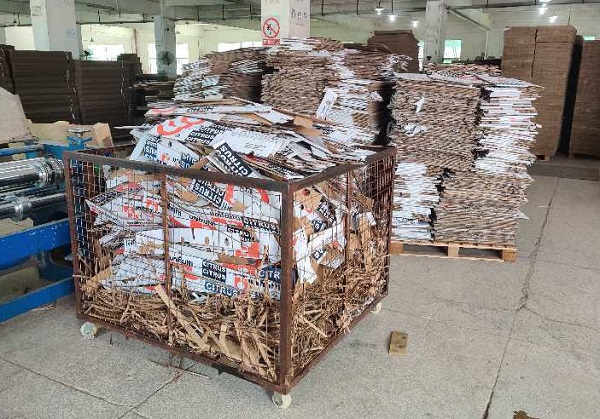 FPEF has noted the increase in cases of the unlawful use of the logos and the brands of established and large South African exporters in some countries, to the detriment of the image, profitability and sustainability of the South African industry.