This week’s virtual town hall featured Bruce Summers of the USDA Agricultural Marketing Service and Hunt Shipman of Cornerstone Government Affairs. The topics of discussion were the overall progress of the Farmers to Families Food box Program, as well as the recently announced CFAP program. This special session was extended from the usual 30 minutes into 45 minutes to allow for additional audience questions. 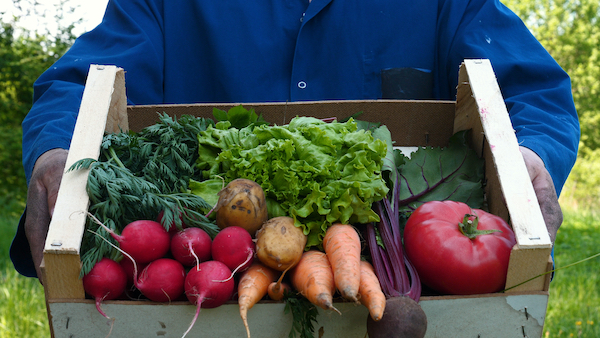 Farmers to Families Food box Program
The Farmers to Families Food box program was announced in April and was put together with amazing speed. Bruce Summers shares: “When thinking back where we were in the beginning of April, we really have come a long way. Back then, farmers were forced to dump produce and lay off employees, and there were astonishingly long lines at foodbanks. This is what prompted us to put together this program, which started on April 17th. On May 15th, the first boxes were distributed so the turnaround for this program has been really amazing.”

So far, 52,000 boxes have been processed and there have been payments of almost under a million dollars, though this is very preliminary data. The expectation is that approximately one billion pounds of food can be distributed through this program across the produce, dairy and meat boxes. Summers says: “The first boxes went out on May 15th and we are starting to receive the first invoices this week, so it is a little early for good data on the program. But we will have all this information about the dollar volumes and number of boxes available on the USDA website.”

The USDA received around 600 proposals for the program and ended up contracting 198 companies. “There were around four to five criteria for the program, and we had a whole team of contracting officials to review the proposals. We met with each of the companies who weren’t contracted and discussed with them why they weren’t chosen and what they could have done differently. There is are still a lot of decisions to be made about how we will approach the next round at the end of June but – unless there’s an amazing economic turnaround that will deem the program unnecessary – we are hoping to be able to extend the existing contracts if they are successful as well as bring in new contracts,” Summers says.

Making adjustments where necessary
Due to the enormous need in the industry and throughout the country, the process of contracting companies has been expedited enormously. “This is a process that typically takes much longer but, because of the President’s declaration of emergency, we had a lot of flexibility to be able to put it together so quickly. That does mean, however, that there are many analyses that we usually conduct prior to contracting a company that are now being done post-contracting. With this, we look at the company’s safety and food plans, and ensure that the produce they are contracted for is 100% US-grown and that the boxes are being filled according to contract requirements. So far, it has been going well. We have terminated one of the contracts at this point, but that’s been the only one so far,” Summers explains.

Flexibility was needed to set up this new program, and it will remain a requirement throughout the program’s execution. Summers shares: “We understand that there is a seasonal aspect to the product industry that is very important to keep in mind. The products that were in season in April when the proposals were put together are not going to be the same products that will be coming around in June. So, if producers are wanting to alter the contents of their contracted boxes, this is something that will of course be allowed – in consultation with the contracting agent.”

Another important aspect under consideration by the USDA is whether or not all communities are being served properly. “It is very important to us that we find out if there are any particular areas in the country that are currently being underserved and then address this by making adjustments in our approach in the upcoming round,” Summers explains.

CFAP program: supporting producers
Hunt Shipman, the principal and director at Cornerstone Government Affairs, addressed the newly released CFAP program as well as the audience questions relating to this topic. He says: “This is a 16-billion-dollar program that was announced last week, and it was implemented specifically to support the producers – and includes specialty crop producers. As of May 26th, producers can start applying for funds through this program.”

“It is important to note that the list of specialty crops that are included in the program is in no terms a final list – it was put together based on the information available, and if there are products that should be included in the list but aren’t currently, we encourage you to reach out to us about it,” he adds.

Optimism for the future
Both Summers and Shipman were asked if they felt optimistic about the future, and both answered that they were. Summers said: “The biggest challenge is going to be on the restaurant side, I believe. Everything will slowly be reopening, and the customers will be coming back. It may take some time, but we are optimistic that the customers will return. There will be many challenges, but I think we are up to the challenge of facing them.”

Shipman concludes: “The amount of action taken by the government to implement these programs has been amazing. So, I’m very optimistic, and the overall government reactions make it that much more likely that concerns will continue to be addressed as we enter the new normal.”