Kaki traders don't want to sell for less than 0.35 €/kilo

LA UNIÓ de Llauradors has shown its support for an information campaign in which a number of kaki producers in the Region of Valencia say that they are not willing to sell their next harvest for prices at origin below € 0.35 / kg. Their objective is to raise awareness about the need for fair prices.

Producers are apparently fed up with the bad results of recent campaigns, especially with those of the latest one, in which prices have been considered the worst ever, 60% below those of the previous one, which had already been a very bad one. 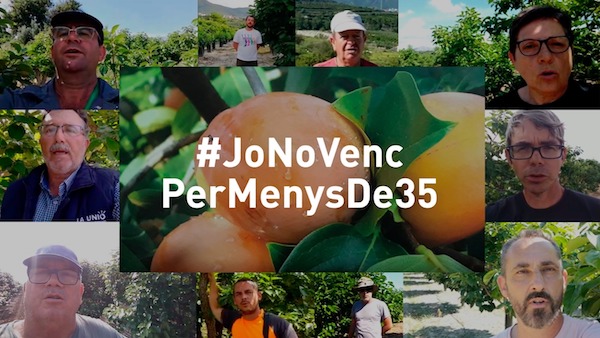 It is worth noting that in the last weeks of November and the first of December, which is a key period, producers received 9 cents per kilo, which is far below the production costs.

This campaign arises from unease among producers, who are unhappy about how a small group of speculative operators want to control the entire kaki chain and leave practically nothing for the producers.

Also, production costs have increased in recent times, mainly due to pests and diseases and the lack of adequate plant protection products to cope with them due to European restrictions. These factors have taken a negative toll on the fruit's productive performance.

In one of the videos, a producer points out that he does "not intend to give away my knowledge, the results of my work or my dignity as a producer. This year, whoever wants kakis will have to pay a fair price for them.”

In another, a producer says that "so far, kakis have allowed us to live with dignity from our work, but some are already speculating and they want us to sell for prices below the production costs."