Supplies of Lemonade apples from New Zealand are starting to build in volume.

“We’re just now getting into the New Zealand season. We began in the middle of May and we’ll probably go through August,” says Jason Bushong of Los Angeles, Ca.-based Giumarra.

Bushong notes that volumes of the apple, which is a Royal Gala apple cross pollinated with a Braeburn apple, should be similar to last year’s. “We haven’t seen an increase in New Zealand because they’re planning varieties for other parts of the world globally,” says Bushong.

He adds that sizing of the apples is in the mid-range this year and the eating quality and fruit finish is very good. “We even have a slight blush on the cheek of some apples this year. There were some cool nights right before harvest, so we have a nice pink coloring on a few,” says Bushong. 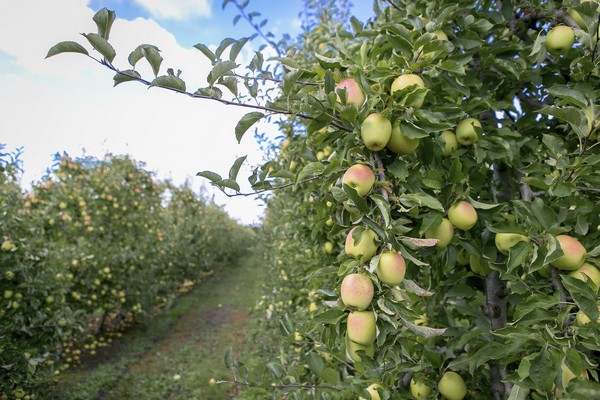 Bushong also notes that the apple offers consumers a unique choice in the yellow apple category. “There isn’t a lot of new innovation in the yellow category relative to what you see in the market on bicolored apples,” he says. “There are so many coming out that it’s causing confusion amongst consumers. It stands out visually, but the eating quality and the tangy-sweet flavor of the Lemonade apple also stimulates the rebuy.”

Watching demand
As for demand on the apples, Bushong says there have been early challenges. “The apple is definitely not immune to the issues around COVID-19 and SKU reductions in stores, etc.,” he says. “We’re seeing a bit of a pause. Those who’ve taken Lemonade apples from the beginning have jumped right in. But the new prospective customer is tentative because of the SKU reductions. We’re confident though that we’ll see a lift in demand.”

While volume will pick up in the coming weeks, Bushong notes that there are some ad placements coming in a few weeks as well. “That’s important because we’re coming into summer when we compete with summer fruits such as cherries or stone fruit out of California and Washington,” says Bushong. 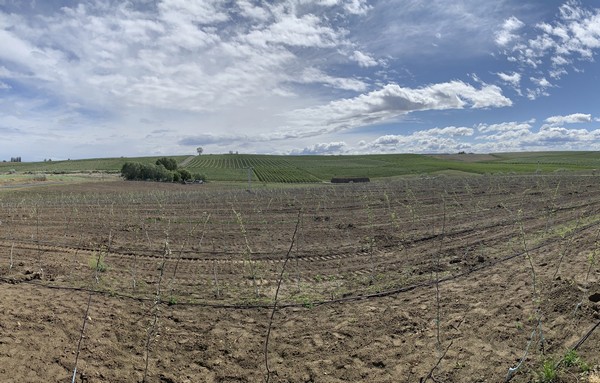 And looking even further out, Bushong says that future growth in volume for the apple will rely on domestic regions. “We’ll see quite a bit of growth in planting this year and next in Washington and then Pennsylvania,” he says. “Initial trees went in the ground last season with this Spring 2020 being the first big planting. We’ll see some early fruit in about three years with a much larger jump in four years.”