“The freezing temperatures only caused minimal damage to Michigan apples”

Michigan produces around 25 million bushels of apples per year, and while it is still too early on in the season to give a forecast for the upcoming harvest, the orchards are looking good. “An estimate is usually announced in late August,” says Diane Smith, Executive Director of the Michigan Apple Committee. Michigan apples are sold in 32 states and 18 countries, with the majority of the apples being sold domestically and most of the exports being destined for Central America. 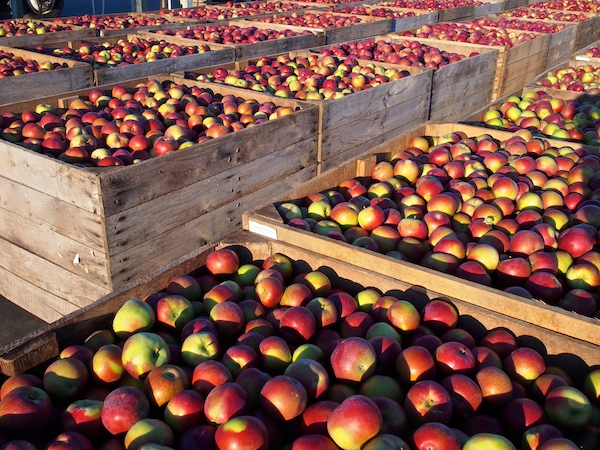 Frost brings minimal damage
This year there were a few cold nights in May which had the potential to be very damaging for growers in the affected areas. Michigan apple growers are no strangers to frost, however, and they were prepared this year. “After the crop loss in 2012, Michigan apple growers made significant investments in frost protection equipment,” Smith says. “That preparedness served them well this year as they were well-equipped to fend off the freeze damage. One grower commented to me that over one night his frost fan paid for itself.”

“The freezing temperatures from earlier this month only caused minimal damage and we are hearing confidence from growers and the industry that Michigan will produce a healthy crop of apples this fall,” Smith adds. The frost caused more damage in the southwest of Michigan, because the bloom was further along, and the frost was more severe. “Northwest Michigan is several days behind downstate and it is simply too early to tell if any damage took place. The Fruit Ridge, which is responsible for approximately 75% of Michigan’s apple production, saw less damage.”

Storage supplies to last through July
The Michigan apple industry has been expanding in the last decade, Smith shares. “In the last ten years or so, orchards have trended toward high-density planting, (1,000 to 2,000 trees per acre). This naturally allows growers to produce more apples on the same amount of land, along with many other benefits. We can continue to plan for larger crops into the future as growing methods, technology and other factors continue to be improved,” she says.

The 2019 apple crop looks like it will last through July, which is good timing as the 2020 harvest will begin in August. This season overall has seen good demand, with some significant spikes due to the pandemic. “I think the pandemic had an impact on just about everything, including apples!” Smith says. “We definitely saw an increase in apple movement in March, when states started to close down. After a few weeks, things leveled off a bit. Overall, the demand has been good, especially as consumers are interested in consuming healthy foods during these times,” she concludes. 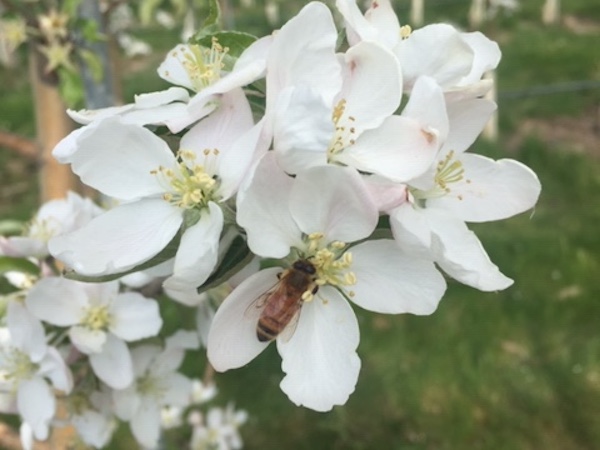