An influential think tank warns that UK will need to extend the transition period in wake of the Corona-virus, or risk a very hard border, as it claims Boris Johnson's promised Brexit border in Irish Sea 'will not be ready in time'.

This was stated in a new analysis that warns more than 60 administrations, government departments and public bodies will be involved in overseeing the new system.

Ministers finally admitted last week that there would be some checks on certain goods entering Northern Ireland from the rest of the UK from next January, when the Brexit transition period comes to an end.

Johnson and others have also refused to consider extending the transition period, despite having no agreement between the EU and Britain over the practical treatment of Northern Ireland and little prospect of a trade deal being in place by the start of 2021. 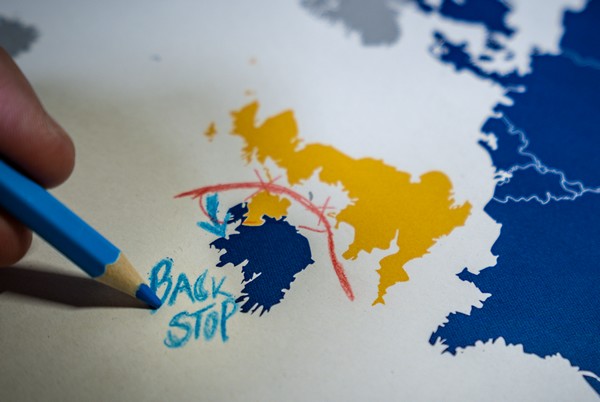 However, in its most forthright intervention to date, the influential think tank Institute said the transition period must be extended or a longer implementation period agreed for the new border arrangements in the Irish Sea. It warns that many businesses are simply focused on “staying afloat” during the Corona-virus crisis and cannot be expected to concentrate on new trade arrangements – and suggests the government is underestimating the complexity of the new Northern Ireland arrangements.

“The UK and the EU should extend the transition period or agree to a separate longer implementation period for the withdrawal agreement,” the institute warns in a new report. “The timetable for putting arrangements in place for the Irish Sea border was very tight even before Covid-19 hit Europe. But now, the Corona-virus has slowed the pace of negotiations on the future relationship, delaying key decisions.