Michigan growers feel the impacts of the floods

The recent flooding in central Michigan has impacted several growers, right after many of them wrapped up planting. Allyson Maxwell from Hope, Michigan says, “We’re about five miles south of where that first dam broke, the Edenville Dam.”

Allyson Maxwell farms with her husband Peter to grow about 12-hundred acres of corn, soybeans, and sugar beets. They also have a smaller farm with pumpkins, sweet corn, and ornamental corn they sell directly to consumers.

With more than five inches of rain in less than 24 hours, they’re feeling fortunate. “It’s hard to compare the devastation that the people who live along these rivers and lakes and who have lost everything, you know, to just having a little standing water on your field that you know is going to probably drain off, and aside from maybe some replanting, we’ll be fine.” 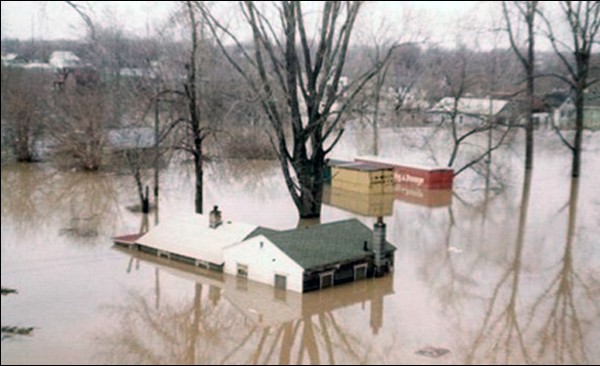 But once the floodwaters recede, Maxwell says the lost roads and bridges will make it hard to access their crops because their farmland is on both sides of Wixom Lake and both sides of the Tobacco River and the Tittabawassee River. “Most of the main roads that we use do cross over and use bridges and those are all gone. Instead of looking at fifteen to twenty minutes to get to a field, we’re probably looking at hours.”

Allyson Maxwell is thankful their fields are not in the path of the floodwaters south of the Edenville dam, but Peter Maxwell also farms with his father, uncles, and a cousin.  They are concerned about potential flood losses with about 400 acres of Saginaw river bottomland that hasn’t flooded since 1986.

Brownfieldagnews.com reports that so far, two dams and several roads and bridges have been wiped out.  Floodwaters were expected to crest in Midland, Michigan Wednesday night, after putting much of the town under five to nine feet of water.