Washington cherry harvest is scheduled to kick off around June 1 with the earlier varieties. With total crop size estimated to be around 18 million cartons, the number is lower than average. “A good season for Washington is 24 to 25 million cartons, but cold weather affected the cherry crop in some districts this year,” says Rick Chong with Sutherland, S.A. The company will begin harvesting the Chelan variety on May 30th, followed by Corals on June 7. “Although the start dates are similar to an average year, we expect our late volumes to finish slightly earlier than usual, anticipating the end of July.” 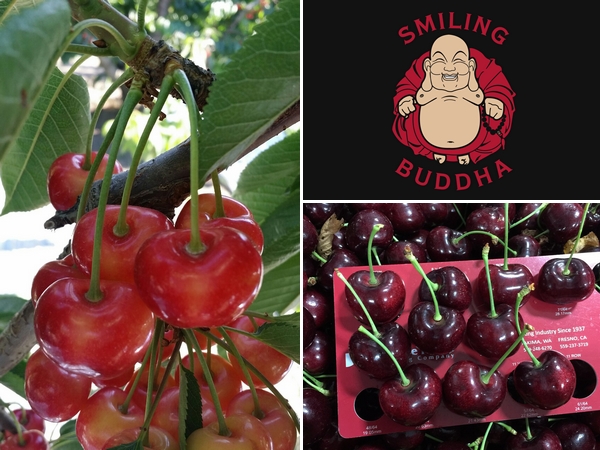 Early Robin variety on the left and Lapins on the right.

WeChat groups in China
This year’s smaller crop has a positive impact on fruit size. “The quality looks excellent and we expect lots of large fruit to be available,” Chong mentioned. This will create a strong demand for Washington cherries, also overseas. Sutherland exports about 90 percent of their Washington cherries with the majority going to Asia via ocean. “In recent years, we’ve had great success with WeChat groups in China.” The all-in-one app is China’s largest social network and has substantial reach throughout the country. “The buyers are WeChat group owners and we set a price for the season with them,” Chong said. “North American cherries used to be affordable to China’s upper class only, but this flat rate makes them accessible to the country’s large middle- and lower-income classes as well.”

Increased competition in export market
Although North America’s cherries are in high demand abroad, competition in export markets is becoming fiercer. “More countries are expanding into our export markets. Turkey and Argentina both have protocols with China and Uzbekistan, a country with excellent growers, obtained permission to export to China in 2018,” said Chong. In addition, Spain is confident cherries will be included in the next export protocol with China. “More and more countries are getting access to China and in order for North America to stay relevant in the Chinese market, we need to maintain the best quality possible, which means continuing to invest in equipment like optical sorting, maintaining our orchards, etc.” In addition, local Chinese cherries are in-season during the same window and quality has been improving in recent years. “However, Chinese cherries cannot match the hard, crunchiness that North America grows and Asians love.” 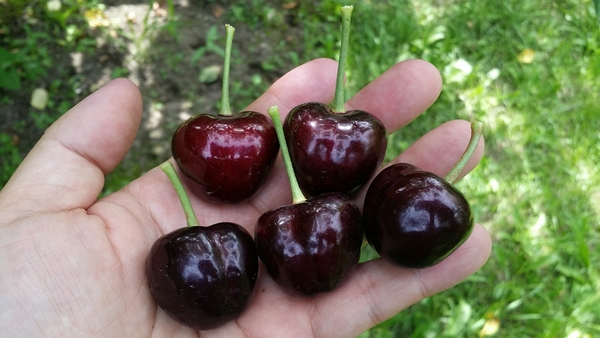 Cautious, but confident about this season’s exports
What are the expectations for North America’s cherry exports to Asia this season, given the current environment? There is a strong demand for Washington cherries around the world, with China, Korea and Dubai being some of the largest markets for Sutherland’s cherries. “However, we are seeing that China is hesitant to commit to any large volumes yet,” commented Chong. “Chinese Wholesale Markets have been weak, and most of their Washington QC inspectors are expected to stay at home this season. It will be key to tread carefully, monitor overseas markets, and maintain healthy movement and FOBs.” Airspace availability had been a concern due to the dramatic drop in passenger flights. However, this returned to almost normalcy during the California cherry deal and most of Washington’s cherries will be exported by ocean freight. All in all, Sutherland is confident to move volumes to export markets uninterruptedly.

Signature label
The company’s premium Smiling Buddha cherry label has been a big success in Asia and will be offered again this season. “We work with many cherry growers around the world and cherries packed under the Smiling Buddha label all meet our stringent quality requirements,” Chong said. Customers recognize the label and it gives them assurance of quality, no matter the growing region in the world. Different packaging options include pouch bags, clam shells and export packs of 5 and 9 kg. cartons.

“Although Smiling Buddha cherries meet certain quality standards, specifications in the box vary, depending on the country of destination. China for instance loves Santina cherries for their flavor and firmness. However, in our opinion, after the first pick, this cherry variety becomes softer and sweeter. Since the Dubai market prefers a sweeter and darker cherry, we send the following picks of Santina to Dubai.” Sutherland will have plenty of the most popular varieties available this season, including but not limited to Santina, Skeena and Bing.