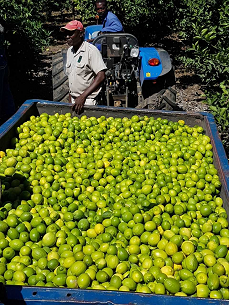 The lemon market in the Middle East is buckling under the weight of all the lemons South Africa (and China) sent there to fill the gap left by Turkey’s early exit.

“The huge volumes sent to the Middle East took the market from a point where it was actually very good, even better than expectations, to the brink of a collapse,” says Riaan Ellis, South African marketing manager at Unifrutti.

Up until two weeks ago South Africa’s weekly lemon shipment was double or even triple that of 2019’s corresponding week. In fact, during week 15 the highest lemon shipment ever left South Africa, over one and a half million 15kg cartons in a single week, two-thirds of which went to the Middle East.

Cumulative South African lemon exports thus far stand at 9.48 million cartons, where it was 3.9 million cartons last year and 6.2 million cartons in 2018 by the end of week 20, just under half of that to the Middle East. He also notes that a large amount of early lemons were class 3.

Rate of lemon increase was unexpected
Last week was the first time in the season in which shipments dipped below 2019’s corresponding volumes as the industry started focusing on Europe, but the damage to the lemon market has been done, he says, and there are a lot of Middle East-bound lemons still on the water.

“The price dropped very quickly. In a matter of a couple of weeks the sales price halved. It has been continually decreasing and we hope the market can clear stocks over the coming weeks so that the situation can stabilise."

He continues: "If you look at the volumes on the way it’s possible that it may worsen. The question going forward is: to what extent can the Middle Eastern market now be stabilised and to what extent can volumes become more in line with demand.”

Increased yield off more hectares = huge growth
He expects more stability from the European lemon market because of a long retail window for South Africa.

It’s important to note, Riaan says, that exporters followed the usual playbook of concentrating on the Middle East and Russia early in the season, but from the basis of expanding volumes.

“Last year volumes from the earliest areas were down, this year the volume per hectare is substantially up plus there are many more hectares.” 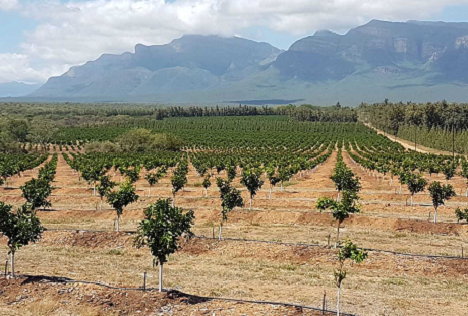 “We all knew that lemon volumes are growing, but it’s the speed at which it came that was unexpected. The lemon estimate is five million cartons up on last year’s 22 million for the year, but the rate of change over just a few weeks was so drastic that it took the industry by surprise. Week 15 has traditionally still been a good window but this year the industry sent more in that one week than even during high-volume weeks in other years.”

“Growers play it safe from a citrus black spot point of view and typically it is too early to send to Europe and there weren’t orders from the East.” 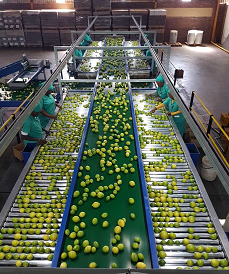 “The Far East wasn’t in a good place at the start of the year, with the impact of the long-running protests in Hong Kong. At the first cases of coronavirus they closed their border to China immediately, but the market already wasn’t strong. Hong Kong has always been an important receiver of South African lemons, a lot of it goes into the tea shops and the hotels, but South Africa has been sending much less than usual.”

“The moment an important market doesn’t take much anymore, it spills over to all the territories around. Markets like Singapore and Malaysia start coming under pressure too, so there are a lot of those volumes that ended up in the Middle East.”

Russia was also a good market initially, he says, but one can only put large counts into that market.

“Each of us is keeping an eye on his own situation and you don’t know the larger picture until after the vessels have been loaded, when shipping figures are released.”

Citrus growers in the north and east of the country are still waiting for the US market to open to all. Might the USA have provided a valuable outlet for early South African lemons? Riaan thinks not, based on reports of a good domestic lemon crop.