For one grower, this year’s United Fresh LIVE! show will be a bit of an unveiling.

Root 24 Farms based in Moxee and Othello, WA is a new vertically integrated organic blueberry grower who is planning on using the show as its introduction to the industry.

“The timing of the show was really good,” says Tim Youmans of Root 24 Farms. “Our season is the Pacific Northwest’s so our blueberries will start around mid-June.”

Youmans notes that the incoming blueberry crop looks strong. “We had warm weather early in the year and that gave the plants a push and a chance to get a bit ahead,” he says. “But then there was some cold weather after that and that pulled us back on a normal track. Overall, though, I think we’re going to have an excellent harvest this year.”

Harvest on the crop runs mid-June to mid-August, with remaining storage fruit coming out into September.

Past positive experiences
Youmans was interested in unveiling the company at the show, taking place this year June 15-19, given his past experience with the event. “I’ve been a big fan of the United Fresh show for a long time, about 20 years. I know it’s effective and it’s a great way to engage with buyers and trade,” he says. 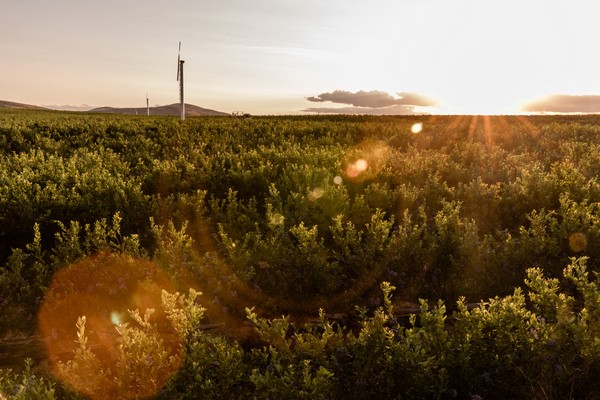 Root 24 Farms plans on having a variety of things on display for visitors including video footage of its fields and processes, as well as information about the company’s product and sustainability practices.

Youmans also adds that this year, the virtual show does offer some unique opportunities for participants. “There’s potential for a wide range of customers,” he says. “It sounds like United Fresh is going to allow more than one or two members of a company to go to the show.”

He also says that the timing of the show works well on another level. “We’ve all been hunkered down with COVID-19 worries and it’ll be really refreshing to connect with people on a broader level through the show,” he says.