"We are hopeful that the freight situation will soon improve"

For more than twenty years, the Kipepeo company has been offering  a rich selection of tropical fruits from small-scale farming to the German health food trade. Over the years, successful projects have been set up in Uganda, Tanzania, Thailand and Indonesia, among others. Logistical problems are now partly putting a damper on the company's business, confirms Sven Ziegler, buyer and seller.

"Unfortunately, imports from Indonesia have been stopped completely for the time being: either the flight capacities are not available at all or the costs are exorbitantly high. In Thailand the situation was unclear for weeks. We deliberately rely on passenger flights for air freight, but these were largely cancelled in the course of the crisis. That's why it was difficult to plan ahead at times. In Thailand, however, things seem to be loosening up and we are gradually getting deliveries from there again," Ziegler outlines. 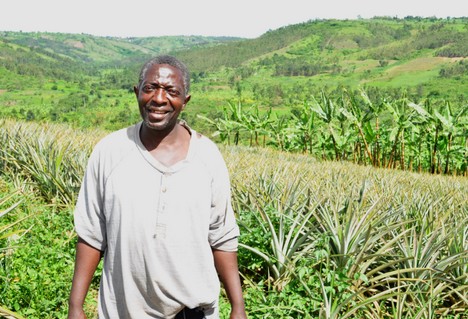 Goods purchased from Uganda & Tanzania
Another important source of supply for the company is the African country Uganda. Here, the crisis only has had a limited impact on logistics. Ziegler: "Here you have the problem that you are not allowed to go outside after 7 p.m. That's why it was sometimes difficult to get the goods from the field. Nevertheless, we have a steady supply of goods - such as pineapples and apple-bananas - in our usual good quality. Because despite the adversities we don't see any loss of quality of the fruit."

Last but not least, Kipepeo has dried fruit from Tanzania in its range, which was particularly well received by consumers at the beginning of the crisis. "In some cases, real hoarding was seen here, just like purchasing around Christmas time. In the meantime, demand has declined somewhat, but still remains at a high level. The purchase of goods from Tanzania seems to work so far, although the truck drivers have to wait two days at the border to have a corona test done. So here, too, there are certain difficulties to be overcome," Ziegler explains. 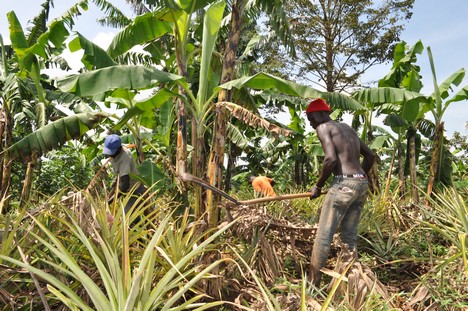 Small farmers at work on the pineapple plantation in Uganda
Picture: Kipepeo

A little holiday feeling on your plate
In addition to the purely business relationship with the small farmers at the origin, the management of the Kipepeo company also maintains close, personal relationships with the local network. It is not for nothing that the company has been trying to establish social projects from the very beginning and thus improve the living conditions of the local population. Even during the crisis, the purely technical purposes of the company and its social commitment are closely linked, says Ziegler. "The situation in Indonesia hurts us in our hearts: Of course you can sell the goods locally at the local market, but now the fair trade surcharge for the small farmers is missing. However, as soon as the situation has returned to normal, we will continue the project".

Nevertheless, according to Ziegler, the company is looking optimistically and hopefully into the near future: "We hope that the freight possibilities will soon be expanded again and that the freight prices will drop accordingly. I could also imagine that the demand for tropical fruits will increase: Because we are not allowed to travel, and by buying pineapple, dragon fruit etc. we can still get a piece of holiday on our plate. We are therefore enabling consumers to enjoy exotic tastes."