Optimism has recently returned to the Zurich wholesale market: after weeks of closure, regional restaurateurs are slowly but surely being allowed to open their doors again, and domestic and imported fresh produce is arriving in the usual volumes. Marco Haegeli, a specialist supplier of imported goods and a partner in Karl Haegeli Erben, is also looking ahead again, albeit with caution.

Cherry season in full swing
Just in time for the re-launch of the catering trade, Italian seasonal goods are arriving in abundance on the Zurich trading floor. This week, for example, the first Italian cherries from Vignola will be on sale at the stand. "The goods are met with quite a high demand. At the same time, we are also trading Spanish cherries, but they are not of the same quality as the Italian early cherries. This is reflected accordingly in the trade price: Spanish goods are currently traded around 9-10 CHF/Kg, Italian goods, on the other hand, can sometimes be sold at double the price." 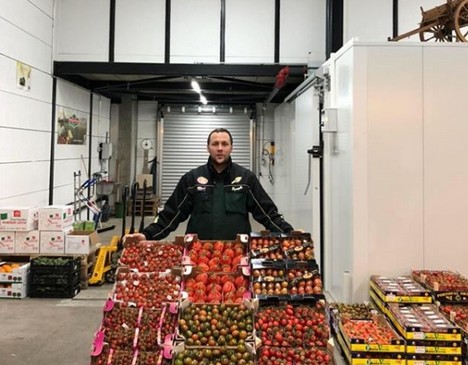 According to current expectations, French goods will also be on the market soon, Haegeli explained. "The first early cherries from Switzerland will probably follow at the beginning of June; until then you can only buy domestic goods."

Artichokes: Seasonal change
Another eye-catcher at the Haegeli stand are the artichokes, which are currently being sourced from three different growing regions. "First of all there are the last goods from Italy, whose campaign will soon come to an end. Meanwhile, France has also been on the market for a few weeks now: "This year, the product from Brittany is available a little earlier than usual, and at the same time we are trading artichokes from the Rousillon region in southern France," the trader explains. As a rule, two varieties are purchased from France, Castel and Cardinal. "Cardinal is usually more popular with customers because of its beautiful purple colour." 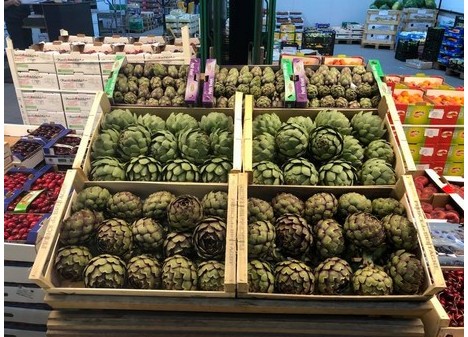 Cardinal artichokes from France are available from both conventional and organic cultivation.

Growing organic assortment
Although the lion's share of the product range is traded in conventional quality, the Haegeli company has been increasingly focusing on organic products since this year. "We have always carried organic citrus from Sicily around the cold season and this has been appreciated by the customer. This year we decided to get CH-BIO certified and to expand our organic range accordingly." 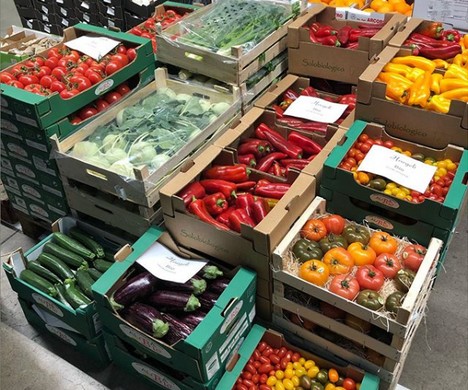 According to the specialist retailer, there is an interesting potential for organic products in the wholesale market in Zurich and in the Swiss market in general. "In winter, organic citrus and all kinds of vegetables from Italy are mainly traded. Currently, Swiss vegetables are increasingly coming onto the market. We are also noticing that more and more Swiss producers are willing to switch to organic. Especially in specialist retail outlets and at the weekly market, the Swiss consumer wants to have access to regional and organic products wherever possible. The next logical step would be Demeter, which is becoming more and more of an issue in Switzerland."