Uncertainty about the possibility of not having enough pickers due to the coronavirus situation has made Castile-La Mancha be the area where the melon and watermelon acreage has been reduced the most, as unlike other producing areas, such as Almería, Murcia or Valencia, they require temporary workers for the harvesting tasks. 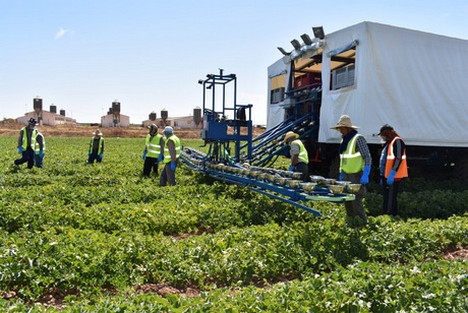 Melons and watermelons are currently being harvested in Almeria, where the supply is limited due to the poor fruit setting caused by the abundant rains and low temperatures in spring. Watermelon prices remain at very high levels, although there are likely to be bottlenecks for large-caliber watermelons in July, as more volumes from other producing areas enter the market. The issue is that, without tourism, large watermelons will be more difficult to sell. The sector hopes that the good weather can somewhat compensate for this problem.

Fortunately, after a rather difficult month of April due to the closure of the fresh cut lines in supermarkets, these have now been restored, greatly contributing to a good demand for watermelons. Consumers are visiting supermarkets more regularly and there is no longer hoarding. At the same time, online sales are again falling.

Although last year was difficult for export melons such as the Yellow, Galia, Charentais or Cantaloup, especially in Murcia and Castile-La Mancha, this year a good campaign is expected. Although there will be a dramatic reduction of tourism in Spain, exporters are confident that Europeans will stay longer at home and that the high level of fruit consumption will be maintained due to health concerns in this pandemic situation. At the moment, the supply is lower than last year and prices are interesting.