“Mango production in Casma has expanded a lot, but the demand hasn’t”

Casma is an important mango producing region in Peru which has experienced a lot of growth and expansion in the past years. Exotic Producers and Packers (EPP) is a mango grower with farms in Casma, Piura and Jayanca. Milton Calle explains: “Each of these regions has different windows of production. Piura starts first, around week 46 and runs to week 7. Then Jayanca begins around week 4 and finishes around week 10, and Casma starts in week 10 and has the last volumes arrive in Europe around week 18.”

The main mango variety produced in these regions is the Kent, with some volumes of Keitt’s coming out of the region as well. EPP exports all their mangos to Europe, though they are considering investing in expanding to the US market in the coming years. “The US requires extra phytosanitary treatments on the mangos and it’s a big investment to do this,” says Calle. Since the mango production in Peru is growing year-by-year, it might become necessary to make investments such as this to ensure that the growing volumes have somewhere to go. 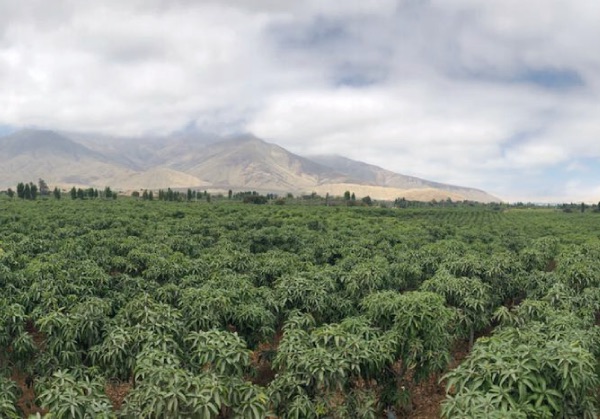 Growth in production might cause oversupply
The Casma region has grown a lot in recent years, Calle shares. “In the past, the region would export around 1200 containers throughout the season. But it is a very short season – only about 7 weeks long, with the harvest starting in week 10 and the last container arriving at its destination in week 18. This year, Casma has the potential to export 2,000 containers, so there has been a lot of expansion. According to government statistics, the total potential over the coming years, with young lots entering production, will be 6,000 hectares which will equal around 6,000 containers for the season. From what we’ve seen, the European market can only support around 400 containers a week maximum, so these volume projections are really worrying,” he says.

Pandemic caused tight supplies this season
This year the oversupply wasn’t an issue yet because the pandemic hampered the harvest. Calle explains: “This year the situation with the coronavirus stopped a lot of the production in Casma and the overall volumes landed around 1200 containers instead of the projected 2000-2200. The main reason for this is because the laborers that work the harvests in Casma are almost all from Piura, and the government restrictions made it so that these workers weren’t able to travel to Casma for the harvest – and the workers who were already in Casma immediately returned home to Piura when the government declared the state of emergency.”

The Casma window of production is a difficult window because it isn’t very long, and it also coincides with many other production windows – specifically, Mexico’s window of production. This means that there aren’t many opportunities to expand to the US market during the Casma season because the US market is saturated with the Mexican product. “There might be opportunities to expand to some Asian markets like South Korea or China, but this is also difficult because the transit times are long, about six weeks. This is a bit too long for delivering premium quality mangoes. EPP’s solution for now is to try to make our production as efficient as possible – higher yields, lower costs and to deliver the highest quality possible so that we can stand out from the competition in that way,” Calle shares. 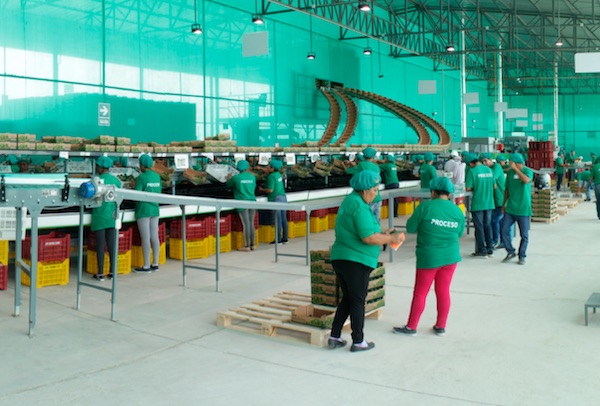 Focus on social issues
Besides the focus on standing out from other producers through quality and efficiency, the company also places a big focus on social issues within the industry. “The safety protocols for the workers is something that worries us as a company,” Calle says. “The transportation of the workers, for example, is something that needs to change. Now, often the workers are all crammed together on trucks. This is unsafe in normal times, but with the pandemic it’s even more dangerous. The companies here in Peru need to put increased efforts into ensuring the health and safety of their human resources. The workers are the most important piece of the puzzle, the main force of the industry. If you don’t have workers who are happy with their job, that hurts the returns.”

A final worry is that of the traceability of the mangos. “Most products in Peru are produced by a few large companies, but the mangos are still mostly produced by small growers – about 70% of the mango production is produced by small growers here in Peru. The issue with this is that there is almost no traceability for the mangos. Of the containers coming out of Casma, only a minority of them have Global Gap certification – and while the number of containers being exported is growing every year, the number of Global Gap certifications isn’t growing along with it,” says Calle.

He concludes: “Now, with a pandemic, it has become even more worrying. Fortunately, with the coronavirus, it has been made clear that it can’t be spread through food. But it has made us think: if one day there is a virus or bacterium like what we are seeing now that is spread through food, there would be no way to trace back where it originated, or where the issue lies. Due to the number of small growers of mangos, it’s difficult to control.”