Government measures regarding labor are not useful for summer harvests

To bring out undeclared work and to regularize those migrants from the "gray area" who do work, but in a clandestine way. This is the double objective that the government wants to achieve with the measure approved on May 13, 2020, as part of the "Relaunch" decree.

It is estimated that about 200,000 undocumented migrants are employed illegally both in the agricultural sector and as domestic workers and carers, and regularization should serve to bring out this reality and to give dignity to people.

The organized agricultural sector, namely structured companies, cooperatives, small and large companies that work honestly, has not received the expected answers concerning labor, as it has always employed regular personnel, foreigners who are legally resident or arriving from abroad through regulated channels.

According to the decree, from 1 June to 15 July 2020 the request for the regularization may be submitted for agricultural workers, domestic workers and carers. The duration of the employment contract and the agreed remuneration must be indicated, the latter to be not less than that provided for in the national collective labor agreement.

During the same period, migrants with a residence permit which had expired by 31 October 2019 and who are already operating in the agriculture sector, will be able to apply for a temporary 6-month permit in order to be able to look for work. 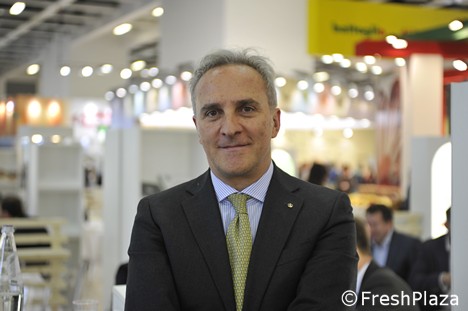 From a pragmatic point of view, the chairman of FruitImprese Marco Salvi is not convinced. "Our companies, which bring made in Italy fruit and vegetables to the world, have always worked in compliance with laws and contracts. The measures envisaged in the "Relaunch" decree have a positive political value but they do not give us the immediate answers that we expected, in view of the upcoming summer harvesting campaigns of fruit and vegetables" said Salvi.

Salvi is disappointed because the very concrete proposals put forward by Fruitimprese have not been taken into consideration. "They were proposals immediately implementable, some of which had zero cost, to give continuity to a proven system that works and which in the last 15-20 years has allowed us to safeguard an economy based on fruit growing in many areas of the country that otherwise would have died without foreign workers, especially from Poland and Romania. Our companies know these workers and they are already organized to welcome them in dedicated structures that have been operating for years".

These are the proposals from Fruitimprese rejected by politicians:

Active quarantine with the arrival of foreign labor through organized channels.

The extension of the residence permits of non-EU workers currently employed and the regularization of those presently in the territory without a residence permit, who have already worked in the agricultural sector in their country of origin.

The simplification of the voucher system, to allow students to usefully occupy rest periods and to facilitate the return of the Italian labor force, (who remained unemployed due to the crisis in the other sectors), to the agriculture sector, even temporarily.

The use in agriculture of laid-off workers or those who receive Citizenship Income, guaranteeing them additional revenue and an active return to the workforce.

Incentives to hire temporary personnel, such as the tax exemption of social security contributions up to 31 December 2020, which could allow companies to guarantee higher wages for the workforce coming from other sectors.

The creation of an institutional tool at local level to facilitate the matching of labor supply and demand, as happened with the recruitment of healthcare personnel, to which companies can forward their proposals.

Chairman Marco Salvi concludes: "It would be really a paradox if now, after the fruit and vegetable sector has never stopped working and after Italian people have re-evaluated it as essential for their diet, we risk losing crops just because we are unable to find the necessary seasonal labor quickly."