Re-inventing your business after 127 years

In Ireland the lock down was announced on 15th of March and came into force the following day, just one day before St Patrick’s Day which is the biggest celebration of the year in Ireland.

“We saw 75% of our business taken away overnight,” said Justin Leonard from Jackie Leonard & Sons which has been trading in Dublin for 127 years. “St Patrick's Day was the following day and we had all this produce arriving and nowhere to sell it as all the pubs and restaurants were closed. We still have the care homes and hospitals which we deliver too but it was a big blow to the business.” 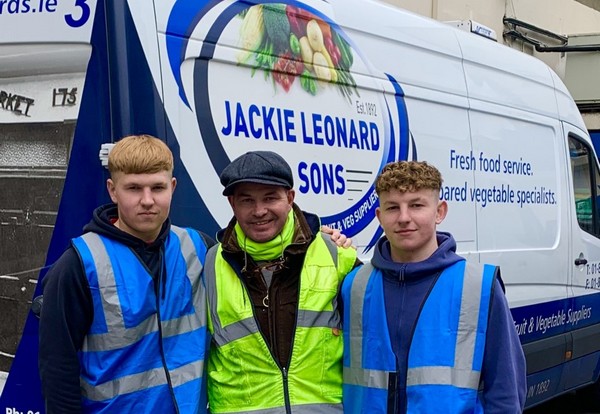 A good friend said to Justin that people still have to eat so he just had to work out where they were getting their food from. So, like many other wholesalers he had to make some major changes very quickly.

“We were not set up for home delivery and had no online order or payment system, but with the help of friends we managed to get a new website up, we just had to go out and let the customers know about our service.”

Again, Justin turned to friends and colleagues and called in a few favours.

“I am a member two rugby clubs and an old school club, they were great with posts on their websites and Facebook pages and a reporter also gave an ad in the paper.”

Justin said that this has opened up a whole new side to the business, “It is lovely to serve the public directly, we have gotten some great feedback from them, it certainly is refreshing after always having to argue about quality and price every day,” he laughs.

Although the veg box delivery has not made up for the loss of the catering trade, it is only around 15-20% of what he was doing before, Justin can see it growing and is certain people will continue use the service after this is all over.

“The customers say that the quality of supermarket veg is bad, but that’s not the case, it has just been handled a lot more, its maybe had between 5 and 10 different stops along the chain before it gets on the shelf. We will never compete with Tesco or Sainsbury’s and we don’t want to, we are just focusing on what we are doing and getting on with it."