Following this week’s significant drop in temperatures which in some cases resulted in frost or light snow, growers on the East Coast remain positive that their crops aren’t affected.

Paulette Satur of Satur Farms in Cutchogue, NY says its location in the north part of Long Island wasn’t hit by frost mid-week like some parts of the East Coast states and provinces. However last weekend, it did see a snow shower land on its leafy green crops including spinach, arugula and assorted lettuces.

“The leafy greens do tend to be frost-tolerant though so even when we had that snow, we didn’t worry,” she says.

She adds that springs have become increasingly colder, wetter and longer, though notes that accordingly, the fall growing seasons are also lasting longer. “The growing season has totally shifted it appears,” she says, adding that while she feels the effect of the cold temperatures and wet conditions aren’t harming crops, they are slowing them down. “Our 30-day crops of spinach are taking 60 days because it’s so cold,” she says. “And it’s not like you can seed it earlier because it’ll just sit there anyways.” 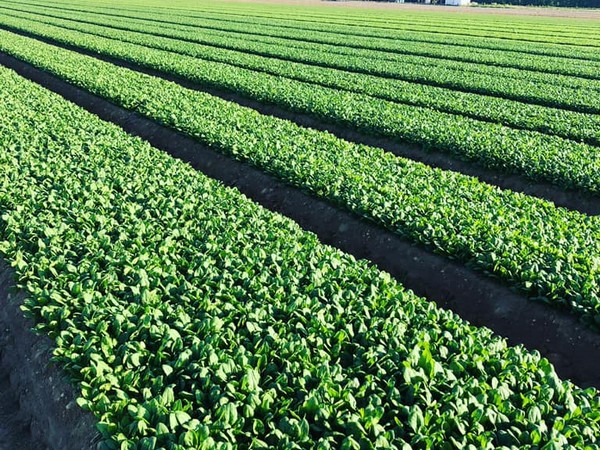 That said, knowing the freeze coming, Kyle says Torrey was conservative with what it planted in the ground, aside from its onion crop which was halfway in. (Torrey grows a variety of vegetables including cabbage, beans, squash, potatoes and more.) “We’d seen the warnings for the freeze, so we just planted some cabbage and our onions and a little bit of field corn,” she says.

However, she remains optimistic that the plantings will come through okay. “The ground is moist which they think may have helped the situation. Also, it wasn’t that cold for that long,” says Kyle.

She also notes because of that moist ground, it didn’t have to resort to frost mitigation measures such as overhead irrigation, which it had to do a month ago to help protect some of the onions that were in already from a early spring freeze.