FruitPro was founded in October 2017 as part of Galilee Export, one of the largest producers in Israel and an established name in the international fresh produce sector. The Dutch office in Ridderkerk focuses mainly on the Benelux countries, Scandinavia, Germany and Eastern Europe. Jordi Fijnheer explains that the Israeli grapefruit season started in September and traditionally continues until the beginning of June. 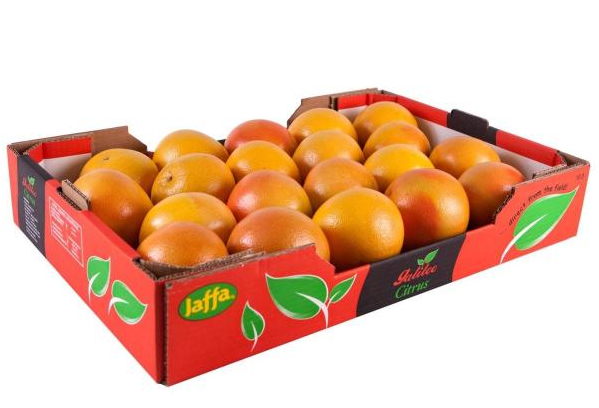 "This year we had a difficult start to the season as production from South Africa took longer than expected. Towards November we saw a slight increase in demand and we were able to regulate sales more with daily sales and programs," says Jordi. "Prices were low at the beginning of the season due to the last arrivals from South Africa and the first arrivals from Turkey. Due to the strong influences from competing countries and a stronger currency in Israel, it was often more interesting for growers in Israel to market their product on the local or industrial market. Nevertheless, we were able to broaden our position in citrus by offering continuity in quality and volumes."

"By working closely with our product manager Rafi Zuri in Israel, we try to move our citrus effectively and more consistently in the European market. Grapefruit from Israel is distinguished from other grapefruit by its better internal quality, the ratio of sugar to acidity and general appearance compared to other Mediterranean sources," says Jordi. "Since grapefruit is not the most popular citrus among European consumers, we must differentiate ourselves in the market through taste, quality and service. That is something that's quite a challenge every year."

Impact Corona
"On the production side, we saw little impact from the Corona virus.
The warehouses were fully operational and the new regulations were well anticipated. We did see an increase in March, as the majority of consumers started hoarding. This continued until about the month of May. Grapefruit from Israel is exported to almost every country in the world. Due to the lock-down in Asia, we saw a shift in volumes towards other continents. For example, we saw significant growth in sales from the Far East and in the European market, and a significant decline in Asia. The area of grapefruit has grown considerably in recent years and it is expected that it will continue to grow in the years to come," Jordi concludes.