“We need a clear and unambiguous approach to worker safety"

The more plant employees are being protected, the sooner consumer confidence and thus the U.S. economy will bounce back.

Dunn touched on numerous issues facing the food industry currently, beginning with COVID-19 breakouts in plants. “We have about 2,000+ people in our plant and we broke them down into small teams of 10 and we’re tracking each one of them,” says Dunn. “It’s for social distancing but also to limit exposure. This way if one team has an outbreak, and we’ve seen that a couple of times, we can trace back who’s been exposed to them and where they’ve been.”

Is the chain breaking?
Dunn also addressed concerns over food supply chains that have made headlines over the past few weeks but notes that not all food supply chains are the same. He points to a recent letter Springdale, AR-based Tyson Foods published in major newspapers at the end of April declaring that the food supply chain “is breaking.”

“He meant the meat supply chain and meat is not all food,” says Dunn, who adds that since the pandemic began, Bolthouse has seen a 30-40 percent increase in the consumption of its baby carrots, its main agricultural product. “We’re not going to run out of meat. It might be 60 percent of normalized production.”

However, he does note that some issues in produce supply chain have arisen—namely, fields of produce such as tomatoes being overturned in states such as Florida because there were no buyers (due, in part, to the severe drop in demand for foodservice items). Contrast that with the great need amongst U.S. foodbanks for food, particularly fresh produce. 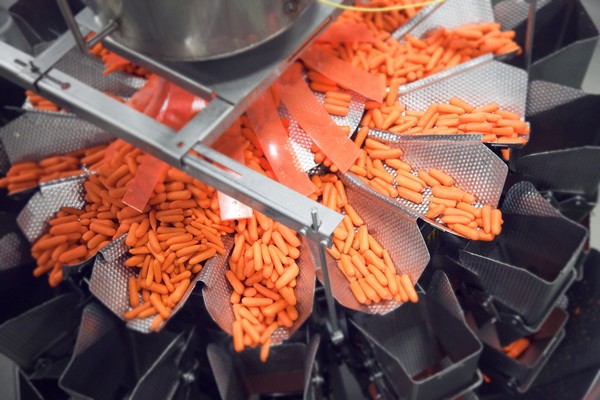 Food where it needs to be
“But it’s not that there’s enough food. It’s a dislocation issue or having the food in the right place at the right time,” says Dunn. “There are two structural weaknesses in the food supply chain—that’s one of them. The imbalance of markets and supply with highly specialized food chains. And food waste as a result. Because what we’re really seeing there is food waste.”

“We need a clear and unambiguous approach to worker safety. That then will build confidence in people to come back to work in all plants,” he says, noting that discussions have already begun in the industry over concepts such as tracking employees electronically via a bracelet or similar device to create a trackback system should an outbreak of COVID-19 occur. “This idea that the economy is going to solve the problem without the societal and medical alignment, it’s just going to keep being a “never-ending W.” [in spikes of cases, and then cases going down.] I’m not going to hire a bunch of people back if they’re all going to get sick again. That’s not how business works.”