This year's wild mushroom season is about to start: The first morels and chanterelles are already in circulation at the fresh markets, and larger quantities from the Eastern European collection areas are expected to arrive by the end of the month. Importer and wholesaler Yordan Lazov of the family business of the same name at the Vienna wholesale market hopes for a relaxation of the current restrictions by the start of the main season, he says in an interview.

The first wild mushrooms of this year's season are trading now at the Vienna wholesale market. "Volumes are still limited at this time of year; we do not expect larger volumes until the end of May," the son of the company owner Nasko Lazov confirms. "On 16 May the current Corona restrictions will be relaxed. This means that from then on we can actually import larger quantities and the catering trade will gradually reopen. This does not completely solve the problems, because in Romania - one of our most important supply countries - it is still partly not allowed to pick mushrooms." 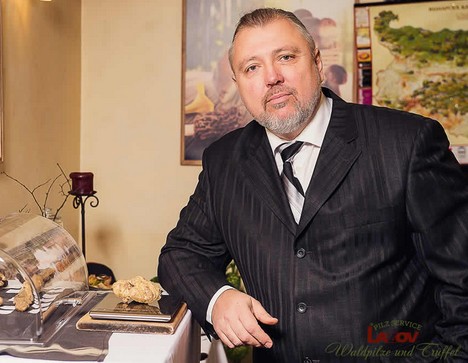 Challenges on the part of the procurement of goods
Whether or to what extent the goods procurement situation will affect the markets is difficult to assess at present. "Wild mushrooms are always traded at high prices at the beginning of the season. The consequences would then only be really noticeable in a few weeks.

The Viennese wholesale company obtains its goods from all the important growing countries in Europe, the Balkans, the Baltic States and Russia. Austrian and international wholesale customers are supplied. In recent years the mushroom sector has frequently had to contend with major challenges, Lazov explains: "In 2018 there were noticeable supply bottlenecks in large parts of Central and South-Eastern Europe due to the drought. Meanwhile, the demand for wild mushrooms is increasing because of their nutritional value and healthy image." 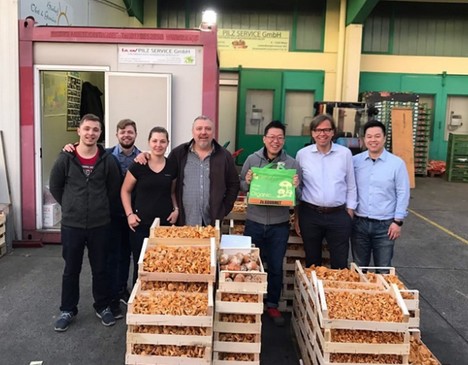 The Lazov team. In addition to wild mushrooms, Eastern European wild berries also belong to the core competence of the company. Also in this area the main season is approaching. Lazov: "Although the market is somewhat smaller compared to wild mushrooms, we are nevertheless noticing an interesting demand here as well". / Picture: Lazov GmbH

Supply to private households
Despite all the challenges in times of Corona, the management of the company, which was founded in 1991, looks ahead optimistically. "We launched an online shop for private customers about a month ago. On this ordering platform, you can easily buy all fruit and vegetables, as well as other groceries," says Lazov.

The response so far has been tremendous, which is why this new sales segment will be continued after the crisis. "We see a high demand for such delivery services, especially in the Vienna area. We would like to purchase regional products directly from the specialist wholesaler and thus support the local entrepreneur."