"We started collecting new potatoes from our partners around two weeks ago. Quality is good, as are grades, but prices are lower than last year, as potatoes sell at €0.40/kg for grade 40+ tubers grown in greenhouses, while last year they sold at €0.65. In addition, the frost of the past few months reduced yields by 40%, so many producers brought harvesting forward," explained Raffaele Guida, sales director of Op F.Imposimato in Maddaloni (Caserta). 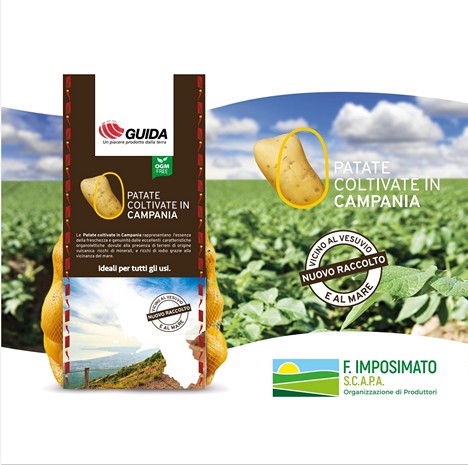 "We work with the Italian big retail chain and also destine some of the produce to the processing industry. As for exports, Slovenia, Poland and the Czech Republic are our main destinations. This year, we started exporting new potatoes on April 20th and encountered no logistic problems. Demand has dropped by 50% due to the availability of German and French produce."

"Every year, we handle around 40 thousand tons of potatoes, 10-12 thousand of which are exported. 15-18 thousand are destined to the processing industry and around 15 thousand are distributed to supermarket chains. Orders from domestic retailers are dropping at the moment and consumers do not have specific demands." 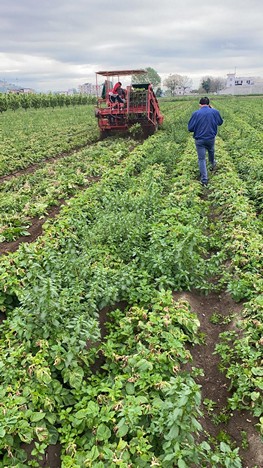 The Franco Imposimato cooperative was established in 1986 by Giovanni Guida, who is still the president, and was recognized as a PO (producer organization) in 2006. It gathers 56 producers with 800 hectares in total located mainly in Campania. The PO's core business are potatoes, although it also works with cauliflowers in the winter. The produce holds the GlobalGAP, Grasp, Bio and ISO 9001 certifications.

"This is our third year producing and commercializing potatoes under the Patate Coltivate in Campania brand. The tubers are sorted, graded, washed and packed in 1.5 kg vertbags. The potatoes will be available between May and August and we expect to process 30/40 tons a day."

"This year, we have started producing zero-residue potatoes as well on a 20-hectare test plot and harvesting will begin in June. The produce will be distributed in July. This year, we have also launched an online shop."