Robert Graveland, HZPC: “Europe is not capable of adding value to its innovations”

“Improving potato varieties is our company’s core business,” says Robert Graveland, HZPC’s Research Director. This Dutch company has focused on potato breeding, seed potato trading, and product concept development since 1898. “We noticed we have not yet used many genetic variants. There is still a lot of potential in this.” To use this potential, speed and control are crucial, says Robert. 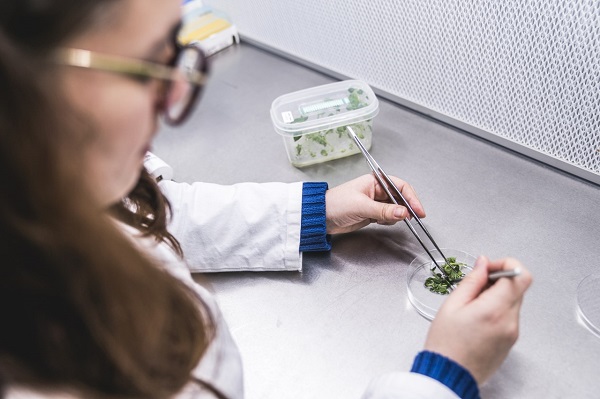 One way to speed up the process is to use gene-adaptation, for example, CRISPR-CAS. This alters a trait in an existing potato variety,  ensuring a targeted mutation. That can, for instance, create resistance or make a variety salt or heat tolerant. Some laws define gene-editing legally as GMO. That makes it impossible to bring these potatoes onto the market as conventional varieties.

Looking outside Europe
The potatoes varieties developed using gene-editing are considered as GMO in places like Europe, which causes problems. “Legally, gene-editing results in a GMO product, but scientifically, it is just a mutation. It is simply missing a small piece of DNA from its inherited material. The same as a few lego pieces being missing from a container of about 800 million pieces. Such mutations occur naturally, too.” Robert says in other regions, like the United States and Japan, mutations obtained by gene-editing are allowed on the market as common varieties.

He mentions a potato, that does not produce the glycoalkaloid toxin, that came onto the Japanese market. “If we could apply these techniques, it would help us immensely. That would add a new tool to our breeding toolbox.” Robert expects gene-editing to become available in Europe too eventually. However, he sees that the competitive fields outside Europe are advancing more rapidly. That means HZPC is moving its gaze outside of the Netherlands and Europe.

“That is why we are looking outside of Europe and want to get started with this technology and varieties.” HZPC is currently gene-editing a new potato variety for America in its lab. But Robert does not exclude that initiatives could be developed elsewhere via service partners. “That is not what we want. We are based in the Netherlands. We consider the Netherlands to be a wonderful, innovative country; certainly in the field of breeding. There are tremendous developments here."

"The country is also a frontrunner when it comes to potatoes, floriculture, and vegetable seeds.” Robert points out that many techniques were developed in Europe. The results of this technology are now not allowed on the market. “Europe is, unfortunately, not able to add value to its innovations. I think gene-editing is a very responsible, acceptable technique; for society as a whole too.” Robert emphasizes that HZPC wants to stay close to the potato and away from hard GMOs.

Toward more robust varieties
Robert considers the results of gene-editing - think of a phytophthora resistance, requiring fewer pesticides, or a drought-tolerant variety, resulting in reduced water wastage - as an opportunity to inform and convince consumers of these techniques’ value for society. Robert also expects the use of gene-editing will contribute to ensuring food security - the availability of sufficient food. Weather extremes are reducing this security, and there is a need for robust varieties, says Robert.

“It must be possible to produce seed potatoes and consumer potatoes with the certainty that crops will not be lost or have wastage.” He sees it as HZPC’s task to add genetics to this. The company must make it easier for growers in the areas of pesticides and yield and economic potential, with low outputs. “That can be done differently and better. We must maintain the progression line. We can make tremendous strides in this as breeders.” Robert predicts that in the next ten to 15 years, existing potato varieties will gradually be entirely renewed; moving toward more robust varieties.

These will be able to contend better with the extreme weather conditions. A few of these varieties are almost ready to be introduced onto the market. “These varieties are going to make a difference. They are more virus, fusarium, and phytophthora-resistant and have more stable yield potentials. Only, they are new and will need to prove themselves in the chain over the next 25 years. They will not all be successful. When you use gene-editing to change existing varieties that have high market volumes, you make a big social impact within only five to ten years.”

Robert also sees the entire chain’s efforts, rather than governmental regulations, as more of a prerequisite for success. “We can only be successful if the whole chain says ‘we want something to change’. That might also have a price since you would have to stop or adjust certain things. If everyone in the chain contributes, you will have the desired social input too. Then a lot is possible, and there is no need for governmental rules,” concludes Robert.