Grapa Varieties is pleased to announce the opening of a new agency in Morocco. Due to the great success of last season's production of ARRA™ and Early Sweet™ table grape varieties in Morocco, Grapa recognize the necessity for a local agency to support the Moroccan producers.

Mr. Rafe Shabaily, Managing Director of Les Vergers du Soleil, described last season's crops as follows, "The ARRA Passion Fire looks absolutely amazing; good berry size and a very appealing, vibrant red.” Reporting on last year's crop Rafe continues, "We had some good fortune with the weather conditions with the max-min amplitude often around 25°C which helps enormously in colouration. A consistent, red seedless that performs year in year out is a kind of Holy Grail in Morocco. If this variety produces similar results next season then we have a winner."

As for ARRA Sugar Drop, Rafe explained, "Our initial feelings were very positive. Not even the slightest sign of a trace seed and can be confidently labelled seedless. We have pulled numerous samples from the tunnels and no signs of marks or browning. In fact, the product looks great, eating quality is absolutely fantastic - crunchy, sweet with a pleasant amount of acidity."

This year, Les Vergers du Soleil's crop of Early Sweet will be harvested at the very end of May or beginning of June depending on weather conditions.

This season is going well for Les Vergers du Soleil and so far looks promising. They are, however, facing some challenges due to government restrictions put in place because of Covid-19 and the whole of Morocco has been placed under lockdown until May 20th. As Rafe explains, "The restrictions have meant some very aggressive decisions during flowering as we are far from our usual number of personnel as only those who live close to the farm are able to travel to work, the rest are blocked by the authorities." Les Vergers du Soleil have a slightly earlier season this year and they anticipate that the harvest will start in the last week of May so they are very much hoping that some restrictions will be eased after May 20th.

Delassus Group, the Moroccan producers and exporters, produced a crop of ARRA Passion Fire™ in their test block that exhibited its potential as an exceptional red variety suitable for the region. 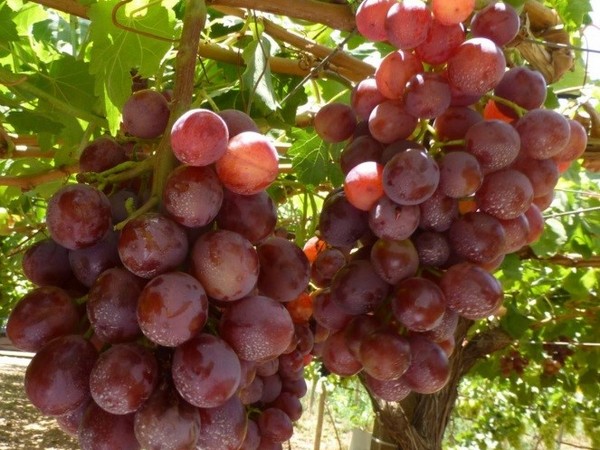 Regarding their ARRA production, Delassus Group's commercial and marketing director, Fatiha Charrat says, "We have many ARRA varieties under trial giving very good results. We are excited to start exporting ARRA Passion Fire, one of the new most desired red, seedless varieties in the world." Fatiha continues to explain, "Working with Grapa gives us confidence, as well as being highly professional in the R&D field, they also have a strong marketing ability. Our customers already know all about ARRA varieties so that we don’t really need to present them. Delassus group decided recently to extend its grape farms by introducing new red and black varieties. ARRA has a very promising collection and we have introduced some of the varieties for adaptation test." 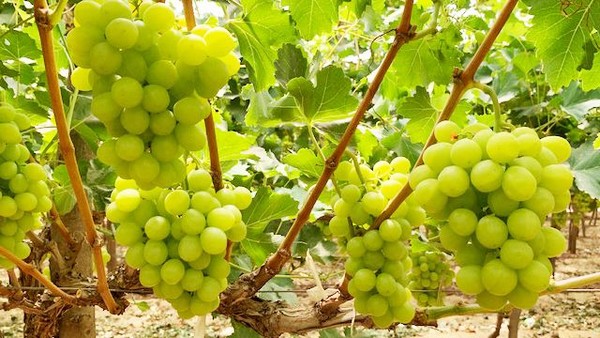 The new agency in Morocco will be headed by Mr. Mikhael Levy. Born and raised in Paris, Mikhael has over fifteen years of experience in the Moroccan agriculture industry, serving for a total of fourteen years as commercial director of two major fruit producing companies in Morocco. Since 2019, Mikhael is working as representative for fresh produce importers, overseeing all their activities in Morocco. 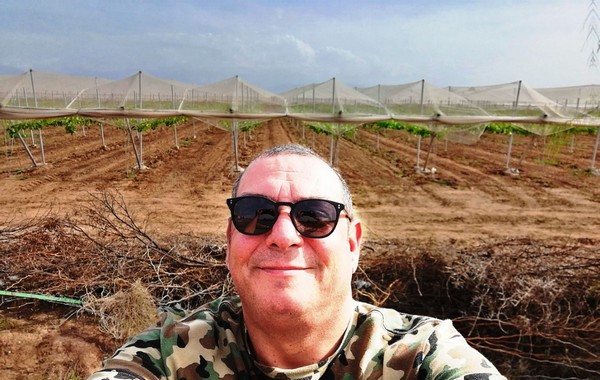 Grapa Varieties' CEO, Rafi Karniel, says of the positive developments in Morocco, "In response to last season's success of the ARRA and Early Sweet varieties, we have opened the agency to guide and support the growers in reaching the varieties' full potential in the region. I am delighted to welcome my old friend Mikhael to the team and have every confidence that he will play a major role in the continued success of the ARRA and Early Sweet varieties in Morocco. At this opportunity I would like to wish success to our licensees for the coming season in Morocco and greet them with our best wishes for the Ramadan"