Agricultural manpower requires a legalization of foreigners without misuse of vouchers

"From our perspective we have not encountered a dramatic situation on the manpower front. Of course, there is a lack of workers arriving seasonally from abroad, they do not come in sufficient numbers to carry out the work". So says Onofrio Rota, national secretary at Fai Cisl, of the agricultural section of the labor union. 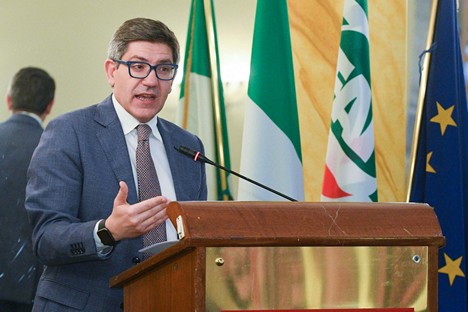 "I firmly believe that it is necessary to legalize all those illegal foreign workers - added Rota - who are exploited in the fields and cannot claim any rights, precisely because they are illegal.

A first step towards social redemption comes from legality and we can't close our eyes, accept that they work in the farm during the day, covertly, and believe they then disappear at night." There is still no concrete action, even though a draft law for this legalization is being studied. "It is assumed that there are about one hundred thousand illegal immigrants working in the agricultural sector."

The secretary insists that "legality must also entail a fair value for fruit and vegetable production. If fruit and vegetables are paid for poorly at source, the producer himself cannot make ends meet. Justice must therefore be achieved at all levels".

On the voucher front, Rota will not tolerate further options beyond what is already available. "They must be used to pay students, seniors in retirement and the unemployed. For everyone else, you need policies that better protect the worker."

"One measure that we have been requesting for many months now, that would not only put an end to so many forms of submerged exploitation, but would also bring relief to the treasury of the State, generating new revenue, is that of studying a regulated system for the many immigrants who were excluded from society after the security decrees.”