Mart Valstar (Best Fresh) about the corona crisis' expected impact on the fruit and vegetable sector:

"Despite all the limitations, I have found my empty diary strangely soothing"

Best Fresh's Director, Mart Valstar, has recently been writing a weekly coronavirus update. This was for his colleagues in the Netherlands. Companies like ABC Logistics, Bioworld, Eminent, Sous Fresh, Valstar, and Yex are part of Best Fresh. This week was, however, the last one. "I think it is time to stop. The biggest shock is over; this is now the 'new normal'."

That 'new normal' will, however, have several major consequences, realizes Valstar. "The regulations will be gradually eased. And society will increasingly find a way forward. But is was a huge setback and we have to rebuild. We also have to deal with some uncertainty. The biggest of which is how to deal with this virus." 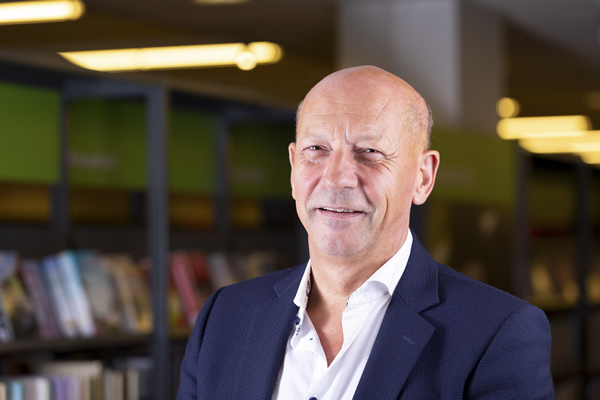 Fewer queues
When asked what the possible long-term effects are, the Best Fresh Directors says, "I expect fewer queues. E-commerce could also take off. I do, however, expect a difference between B2B and B2C. I think many consumers are ordering online now due to safety considerations. They dare not go to the supermarket. But, I expect this to level off. Usual store trips will increase. Plastic packaging lines are running at full steam again. That is, however, not so surprising. People want clean products, untouched by others. But I do think this effect will result in only a temporary change."

"You see the retail sector has taken off in recent weeks. The other channels have lagged. That is across the board. Supermarkets have been able to profit from the situation. And rightly so. They worked hard for it. At the same time, the hospitality industry is suffering. They also deserve an income. Many restaurants have switched to doing take-aways. But I estimate they only earn a fraction of their revenue. And at a low margin. I find it hard to estimate the extent of the long-term effects on the hospitality industry."

"Working from home will also have to be considered differently. We, as a sector, might be a little outdated concerning this. In recent years, we have invested significantly in our ICT system. I actually found it far too expensive. But, this has, however, proved its worth in these times. It works perfectly, even from home. We quickly allowed most of our office staff to work from home," explains Mart.

"Since then, our workers can come back again. They can come in, as long as they work according to the Dutch Health Department's rules. You see a real difference between people who prefer to work from home and those who want to come back to the office as quickly as possible too. That also depends on the circumstances under which they have to work at home."

Empty diary is strangely soothing
Mart himself has been going to an almost empty office every day in recent weeks. "My schedule was empty for a few weeks. I found that - despite all the accompanying limitations - extraordinarily pleasant. It made me think of earlier. Then your work was over when you went home. Nowadays there are so many other things surrounding work. In that sense, these weeks were soothing. I have never really thought about it, but, apparently, the empty roads help a little. The challenge for me is to keep the good from this. I am going to consider that."

The Best Fresh companies have also suffered much damage. "Eminent's main concern is that a major part of its turnover is realized in the hospitality industry. The decrease was largest there. That applies to Sous Fresh to a lesser extent. They also supply traditional wholesalers. At the same time, air freight restrictions are having an impact. We notice that in, among other places, Yex's exotics import flows and Valstar's overseas vegetable sales," Mart explains.

"I, however, fully realize we are in an industry where things are still going reasonably well. There will still be quite a lot of misery in hospitals and nursing and retirement homes. If you are not involved in these sectors, you will not experience it. It is also important for our floricultural colleagues that their plants and flowers come to auction again. Prices need to rise too. It will take a while for prices to recover. But, it is essential that everything is up and running again in the entire horticultural sector."

Valstar is full of praise for the government's attitude. "The offered help is fantastic. I am, however, anxious to see how it all works out. Things will only become more complex with each new measure taken. But I have nothing but praise for the effort. That is also true for organizations such as (the employers' federation) VNO NCW and GroentenFruit Huis. They have been saviors in this time of crisis. A final wish for my industry peers? That we all stay healthy. Eat more vegetables!" concludes Mart.