APK-Inform: Vegetables and Fruits experts has forecast that Ukraine will increase its onion acreage by 30% in 2020. According to preliminary estimates, professional manufacturers plan to increase onion areas by that number on average.

Experts emphasize that these are preliminary indicators, but the fact that the area under onions in Ukraine will grow very significantly in 2020 can already be considered final.

“A third of the surveyed manufacturers in this segment are planning to expand the area under the bow in the new season. Half of the farmers do not plan to adjust the area compared to last year, and 20% of respondents even plan to reduce onion production,” the analysts said. “But precisely because the decrease, according to the manufacturers, is planned to be much less significant, the overall increase in the planted area under the crop will be significant.”

The reasons for the rise in price were laid back last year: after several seasons of overproduction, farmers sharply reduced the area under the onion - according to the State Statistics Service, 54,400 hectares were sown. 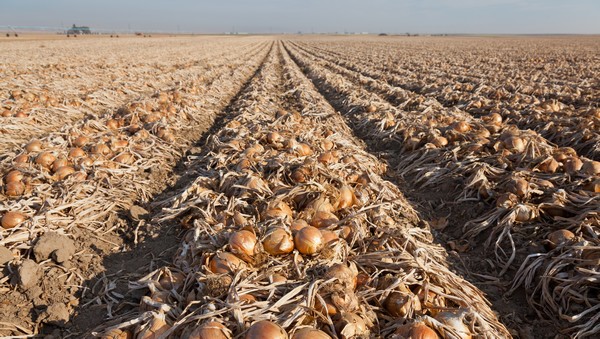 In addition to the physical reduction of sown areas, adverse weather factors last summer affected the crop - periods of drought, followed by prolonged rains. And if on average, according to the Ministry of Agriculture, the onion crop in Ukraine is about 1 million tons, then in 2018 at least 120,000 tons were not counted.

By the beginning of 2019, stocks began to run out, and there were still insignificant volumes of conditioned goods. After that, the import line came: in January-February, onion imports reached 35,4 thousand tons, which is 62 times more than in the same period last year.