"Admittedly, the Covid 19 crisis has had a negative impact. The lockdown was imposed in March, at the very height of the campaign.

As a result, our product has ended up having only mass-market retailers as a marketing channel. Restaurants and the catering industry in general, which are very important for a quality product like ours, are not operative at the moment.

The promotional initiatives already planned have been suspended, and there has been no time to build alternative distribution channels.

Nevertheless, we can't complain. Compared to other varieties, the PGI Roman artichoke has dropped slightly, but has resisted. Above all, the product is highly appreciated, and this reassures us in our decision to focus on relaunching this product, that is so deeply rooted in the agricultural tradition of our territory."

Giovanni Ricci, President of the Agorà Cooperative, which includes among its members most of the certified producers of the PGI artichoke, is one of the young entrepreneurs in the area who, after years of relative stasis, have decided to re-invest in this product. With the contribution of the Lazio Region, they have launched a promotional campaign which, among other things, featured a rise of the product to the forefront of the latest edition of the Fruit Logistica in Berlin.

The characteristic appearance of the Roman artichoke, particularly appreciated in the kitchen for its versatility, softness and nutritional characteristics, is one of the four cultivars of Italian artichokes that have obtained the recognition of a quality mark of origin from the European Union, together with the Brindisino Artichoke, the Paestum Artichoke and the Sardinian Spiny Artichoke. 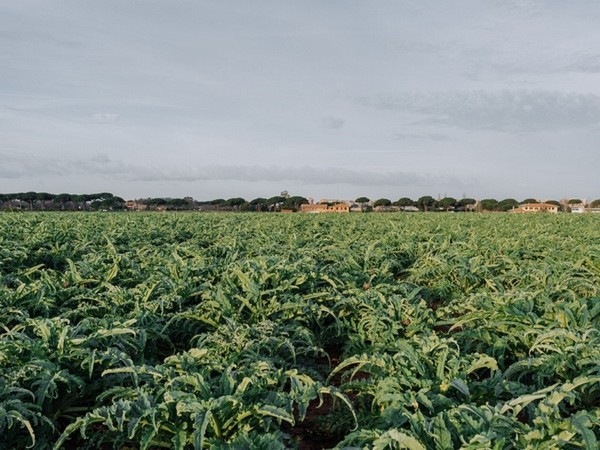 Italy is the world leader in the production of artichokes, yet it is not without its problems. In the medium to long term, there has been a negative trend in recent years both in terms of production quantity and area involved. And now we are having to deal with the consequences of the pandemic crisis, which is particularly severe in some of the most important production areas.

However, it is precisely from this crisis that certain trends seem to emerge among consumers (greater attention to the quality and safety of agri-food products, the characteristics and origin of the products, and environmental protection) of which, according to President Ricci, it is necessary to take advantage. "To win our challenge we focus both on the distinctive qualities of the PGI Roman Artichoke, which make it a valuable and quality product, and on its typical characteristics so deeply rooted in a suitable territory, that make it truly unique."