“Right after the pandemic broke, mangoes were not one of the items that were moving. There was quite a bit of inventory on hand and when it broke, people were throwing fruit away,” says Alan Goldberg of A&B Tropical Produce in Miami, Fl., who is currently bringing in mango from mainly Guatemala but also some from Mexico and a more specialized variety, the Francine, from Haiti.

Alvaro Perpuly of Miami, Fl.-based Redlands Best agrees. “Mangoes are also not a product people will pick up from the store when the economy is bad,” he adds. “They buy basic items such as eggs and potatoes, but mangoes and papayas are things they don’t necessarily think they need.”

Trimming SKUs
At the same time around the pandemic, many grocery stores cut back their items to their top SKUs thanks in part to the panic shopping overwhelming grocery stores that was taking place in late March. And mangoes were often not one of the items to make the cut. 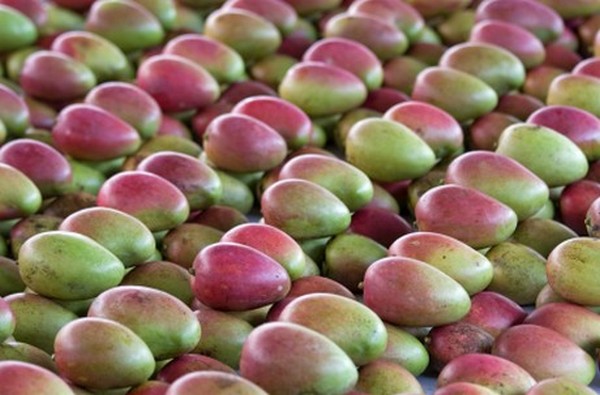 Now, however things look different which has led to the current shortage. “This has reversed, and the market has gotten stronger and there’s now less fruit available,” says Goldberg. He notes that this is largely affecting the Tommy Atkins variety, though the Francine variety is more of a specialty mango and those come with their own challenges to move as well.

At the same time, Perpuly says that weather conditions in Mexico and also Nicaragua have affected the forecast of how much mango would be coming in at this time. “And last year there was late production and the trees didn’t totally recuperate. I think this year, at least commercially, there’s less production partly because of that as well,” says Perpuly.

Demand much better
And on demand for mangoes, it too looks different compared to a month ago. “Demand is pretty good for mangoes. Whenever items are short, there’s good demand,” says Goldberg.

And of course, that’s made for strong pricing. “It’s significantly higher than what it normally is right now. It’s been like that for the past week and a half,” says Goldberg. It’s a marked difference from last year at this time. “At this time of year, Guatemala is peaking on production and Mexico is starting to have big volumes, so prices are usually on the low side. It’s not usually a pretty situation this week in any normal year,” adds Goldberg.

Meanwhile Perpuly says he’s waiting on domestic production on mangoes to begin as well. “But because of everything that’s going on, it’s hard to find a market for anything,” he says, adding that domestic retailers need to cooperate more with local agriculture. “We can’t compete with Mexico or Guatemala, due to the dollar conversion, and it’s really unfair for retailers to expect local agriculture to cost the same. This is why agriculture is disappearing from our map.”