Loquat campaign ruined by pandemic, but avocados ends better than ever

The Spanish Hass avocado campaign is about to end. At the moment, Peru and South Africa dominate the European market, where the supply is relatively low and the demand and prices are high. This is quite a different situation to that of other exotic products, such as cherimoya and loquat, which have been highly affected by the COVID-19 crisis.

"Despite the pandemic, avocados have continued to sell very well and prices are still high, although these depend on the quality, origin and presentation," says Rafael Manzano, manager of Frutas Manzano, of the Costa Tropical of Granada. "Traditionally, the supply on the avocado market falls to the lowest levels around Easter, as by that time, the campaigns have finished in Spain, Israel, Morocco and Chile, and the transition to Peru and South Africa has yet to be made. However, this year, due to the surprisingly high demand, the product shortage has been more noticeable and we will finish even earlier. It has been a very satisfactory campaign in which the volumes have been managed very well,” he says. 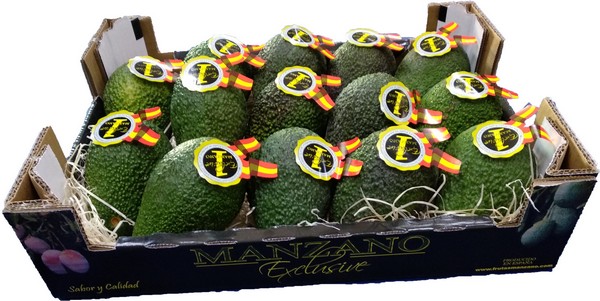 According to Rafael Manzano, about two or three weeks of high demand and shortages are still expected in the European avocado market, at least until the Peruvian and South African volumes become more abundant. "Hopefully, prices will not have dropped excessively by then and sales will not stagnate, as a higher avocado production is expected in Peru. It will all depend on how Peruvians manage their exports and whether these are staggered.”

Frutas Manzano produces and markets around 5,000 tons of avocados of the Hass, Bacon, Fuerte, Pinkerton and Reed varieties in Granada and Malaga. It also imports about 2,000 tons of avocados, mostly from Peru and Colombia. “These are the two origins that we like the most in the off-season and we have a good relationship of trust with our suppliers in these countries. Avocados are the only product that we import, because in this company we focus on seasonal and local fruit. We also produce cherimoyas (from September to May), mangoes (from September to December) and loquat in spring, but in those cases, our own production in Spain is enough for us, as the quality standards are not the same and the price of the fruit brought by plane is too high," says Rafael Manzano.

The avocados produced by this company are mainly exported to France and Germany, as well as to countries in the East and other European destinations.

Loquat campaign ruined by COVID-19
The first Andalusian loquats started to be sold in mid-March, somewhat ahead of last season. The harvest kicked off with good yields and a very satisfactory quality, without purple spots on the skin, thanks to the good weather conditions. 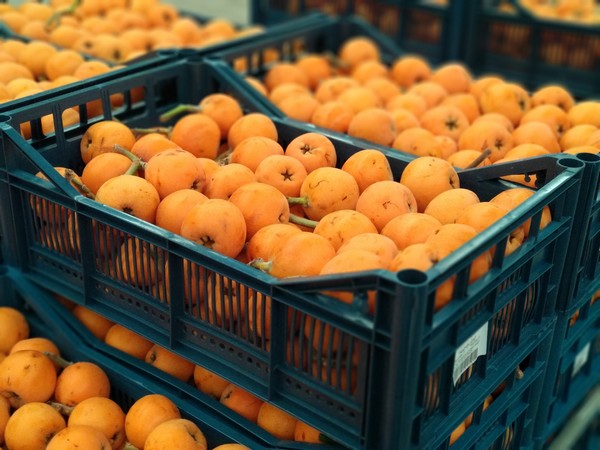 "Now we have reached the peak of production and the fruit has high Brix levels, but the demand is at its lowest and purchase prices, which reach an average of € 0.90 per kilo at origin, do not cover the production costs,” says Rafael Manzano. "Sometimes, even if it means reducing our margins, we pay producers a little more to make sure they can invest in the next season."

The main reason behind the fall in the demand is the huge impact of COVID-19 in loquat consuming countries, mostly Italy and Spain, which have been in lockdown for more than a month. 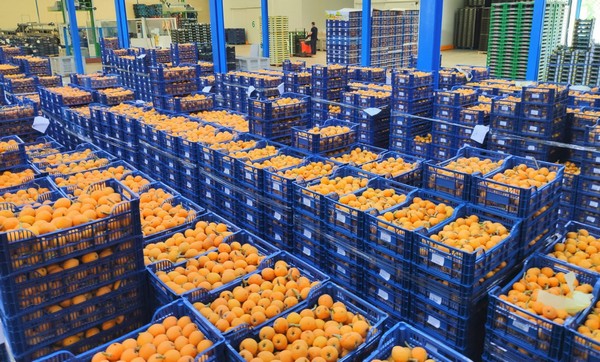 "60% of the loquats grown in Andalusia are shipped to Italy, which has been one of the countries that, together with Spain, has suffered the most from the impact of the pandemic. The horeca channel is closed, the wholesale markets are working at 40% of their capacity and the lack of street markets is evident. Despite the fact that sales in supermarkets are doing well, this is not making up for the losses in other channels. In Portugal and Spain we also have the same problems. The campaign is being marked by many setbacks,” says Rafael Manzano. "The same has happened to cherimoyas. Their prices reached very good levels between January and February, but they plunged in March onwards."