What next for the South African fruit sector?

The South African fruit sector has had a tough time of it over the last few years, but has normally been able bounce back and show its highly resilient nature. This has been in the face of very severe drought in parts of the country, issues with labour and in some cases attempts at land reclamation and strikes at ports. Added to this, might seem what are the normal day to day vagaries of the international fruit trade, such as the strengthening competition from other sources of supply - not least Peru - as well as old adversaries in the shape of Chile, New Zealand and Australia.

John Giles is a Divisional Director with Promar International has written this piece on the South African fruit industry for FreshPlaza. 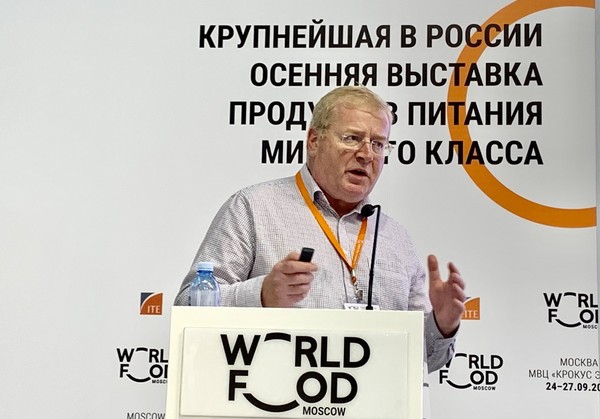 This has all been against a backdrop of an increasingly uncertain political and economic situation in South Africa - both well known enemies of consistent and reliable fruit exporting countries.

Europe has always been the key market for South Africa fruit exports. The UK within this, has normally been the single most important destination, although the Netherlands and Germany have not been far behind. Most fruit going in to the Netherlands though is often re - exported to other EU markets. South African export efforts have invariably been backed up by strong export promotional efforts run for the long term and building loyalty with new customers and old alike.

Added to the internal issues mentioned above, SA fruit growers and exporters trading into the UK have had to get used to dealing with the knock-on impacts of the increasing influence of the discount chains. This has seen a fundamental restructure of what has been the core market for South Africa. SA fruit exporters have also had to deal with the uncertainty caused by the UK decision to exit the EU.

Exports to the Middle East have often played second fiddle to the EU, although the volumes of fruit going there are quite significant and the main competition is limited to the Chileans.

Where South Africa has been looking for its real mid to long term growth though, has been like many other countries - in China and other parts of SE Asia. The main drawback to this effort to date though has been the lack of formal access to these markets in the same way as the likes of Chile and Peru, in particular, have been able to achieve. All of the markets in SE Asia can look attractive for one reason or another. One of the challenges can be to know where to start, what the real size of the prize is likely to be, what the best route to market will be and who will be the competition there.

Just when it seems as if the direction of trade from South Africa has begun to swing towards the Asian markets, with less dependency on the EU, along comes COVID-19. With SA in lockdown for at least 6 – 8 weeks, doing business will clearly become trickier. The fruit sector has been identified though as one of the essential sectors of the SA economy and has been allowed to carry on as much as is possible to being normal.

Yet, even if fruit can leave the country, in most major markets, not least in the EU and Asia, SA exporters are going to find customers and consumers in a very different frame of mind from where they were just 2 – 3 months ago. Who would have thought at Fruit Logistica back in early February, we would be in this situation?

It looks that as well as the human and medical costs of the COVID - 19 virus, the economic impact of this will be huge too. Senior Economists in the UK are suggesting that the GDP of the country could fall by as much as 30% over the next few months. In context, the global financial crisis of 2008 saw the UK economy fall by what seems a very meagre 2.5%. SA fruit exporters could well be selling in to markets that are facing severe economic down turn. This is not confined to the UK and/or Western Europe.

The SA fruit sector has been through testing times before. It is clear, however, that there’s not a food or farming business in SA and potentially in the world, that won’t be impacted by COVID - 19. Suppliers from the Southern Hemisphere were amongst the first to suffer when fruit couldn’t be landed or distributed into China and other SE Asian markets, even when fruit was already en route. And SA has continued to play a strong leadership role in the global fruit sector having been instrumental in the formation of international associations for the cherry and citrus sectors at a time when they have had plenty happening in their own backyard.

The coming weeks, undoubtedly, are going to test the resilience of every business in the SA food supply chain. SA farmers, exporters and food businesses can carry on for a short period, but if this goes on for many months, there could be those who just can’t deal with the pressure. We think it’s fair to say that for most of the supply chain, the whole of 2020 will be challenging and uncertain.

Agri-food companies around the world, not just those in SA, are going to have to find a new level of resilience in how they run their operations. This is something that needs constantly looking at, but will be bought in to a sharper focus by COVID - 19. The virus won’t last forever. However, the impacts of what we are going through, and what lies ahead for international customers and consumers, and SA agri-food businesses alike, may well last for some time to come. We all need to be prepared.

John Giles is a Divisional Director with Promar International, the value chain consulting arm of Genus plc. He has worked on agri food consulting assignments assessing global markets in some 60 countries around the world. This includes a good deal of work in South Africa.

He can be contacted at john.giles@genusplc.com