Import season begins at Altena Potatoes in the Netherlands

The coronavirus has had a major impact on Altena Potatoes', in the Netherlands, exports. "We usually send a lot of Agria to Southern Europe. But, french fry potato exports have practically stopped," says Kees Schouten. "It is quite a dramatic situation. I still hope something will open up for the hospitality industry. We also usually have cruise ships as clients. But, they are not ordering anything either. It is generally a difficult time. The sales to stores are going well. The markets are also participating well." 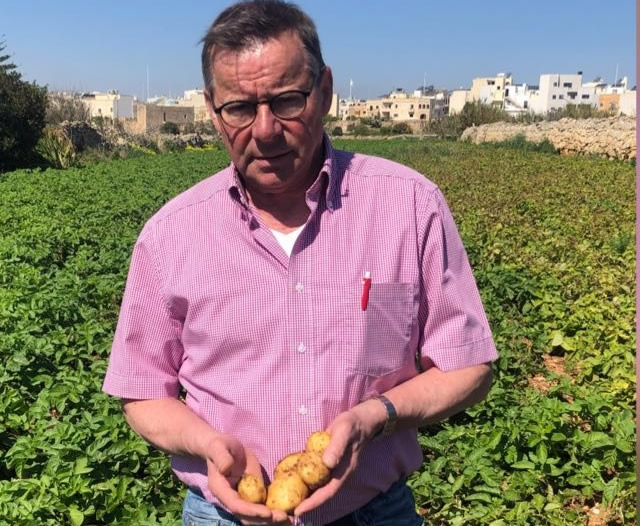 Kees Schouten at a potato farm in Malta

The Maltese potato season started at Altena four weeks ago. "So far, everything that came in was sold immediately. However, next week, they will start grubbing in earnest. The volumes will really increase then. The potatoes from Malta are of good quality after a nice growth season. The Dutch harvest was delayed. And countries like Spain will need their first harvest themselves too. I, therefore, think the market for new potatoes will go well," concludes Kees.